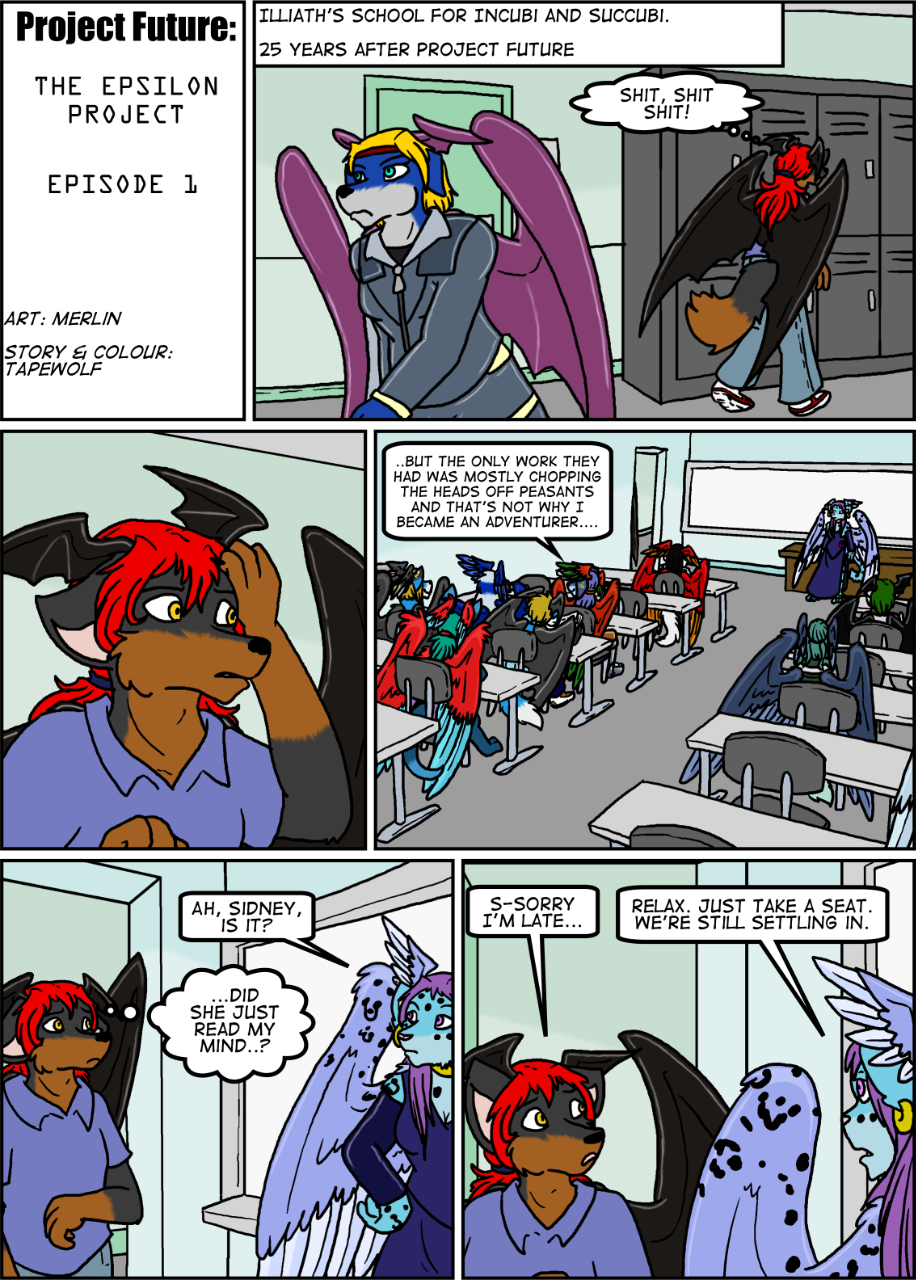 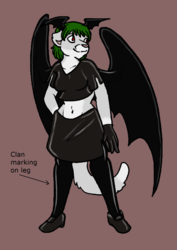 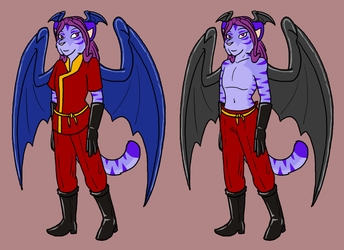 While I don't intend to flood the gallery with pages of this thing, I thought it might be nice to post the first one in higher res, especially since I've littered the gallery with the concept art and it's nice to see it finally come together.

The comic can be found here, currently updating Tuesdays, though it is likely to be rescheduled to Monday at some point: http://projectfuturecomic.com/epsilon.php

In order of appearance we have: Headmistress Illiath, Sydney, and then the class shot.
Starting from the back, we have Tango the kangaroo, one of Merlin's characters. On the right -but only visible as a fragment of wing in this shot - we also have Daren, a cameo from her own comics (see 'Daisy' and 'The Breaking' at http://dhscomix.com ).
The blue foxes in front of Tango are Ben and Michael, cameos for

, and Sheila the border collie on the desk to the right.
In front of Ben and Michael we have Mike the osprey griffin and his buddy Daniel (a Doberman adventurer/executioner). Richard the jackal is in front of them, with 'Panda' on the right and Professor Jevex in front of the class.

Lines by Merlin, story and colour by me.