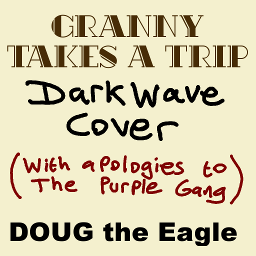 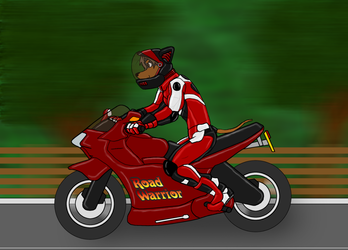 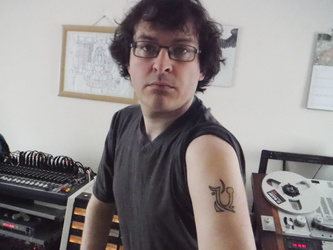 There is a newer version here: https://www.weasyl.com/submission/671910/granny-takes-a-trip-darkwave-cover-remix

The other day a piece of jugband music entered my head and wouldn't leave. I don't like jug music much, and decided that it might be interesting to try and make a 1980s synthpop version in the style of Gary Numan.
IMHO it ended up sounding more like Apoptygma Berzerk, though.

The original song was recorded by The Purple Gang in 1967 and promptly banned by the BBC who assumed - without actually bothering to check - that it was about drugs. It appears on the 'This is Psychedelia' collection.

For the vocals, verses were put through an EHX Small Clone BBD chorus pedal and Watkins tape delay, the chorus was put through a Behringer overdrive pedal

Vocals were recorded on a TASCAM TSR-8 and bounced to a TASCAM MSR-24 tape deck, in the end only about 10 tracks were used anyway so it could probably have been done on the 8-track anyway.
Transferring the vocals to the 24-track did not go well since I made the mistake of recording them with the Cakewalk backing track and the final song was done using Rosegarden. Because SONAR is shit, the timings were off and I had to play with the sync offsets to get it work properly. In some places this is noticeable.

If I ever do another version I may rerecord the vocals from scratch to fix it.