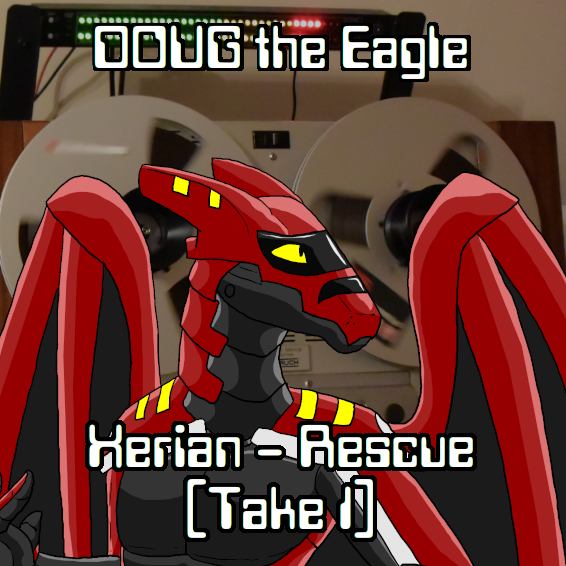 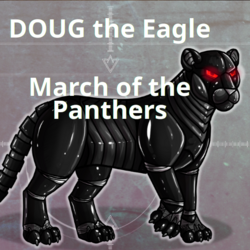 Originally I wrote four songs about Xerian, to take up one half of an album. However, I've since added a couple more songs in the middle - hence the numbering system has gone completely out of whack.

This song was recorded on 2" 24-track, with the basic tracks laid down in February, followed by me putting off recording the bass for months afterwards. This is now done, and the song is now mixed on 1/4" tape at 15 ips. This took the entire evening to do this, not least because the tape used for mixing was from a bad batch. It was eventually mixed in five sections which were then edited together with American Standard Razorblades as would have been done in the 1980s (or for that matter, the 1960s).

for voicing Niall - I would like to replace the 'bad guy' voices with other people since I'm already voicing the narration and Jakob. So if anyone's interested, let me know.

While I'm particularly pleased with the fight sequence music starting around 4:25, there are a few bits I need to fix for the final version - rerecording some of the vocals and some of the bass where things are a little off-key. But if I wait to do that it'll never be finished and the demo is months overdue already.

Robot Niall had his limbs switched off and was dumped inside a cell
He waited hours in the cold and dark in a lonely, private hell

Niall: "Urgh... who kidnapped me this time? Another anti-wing group?"
Xerian: "We've had this conversation before. Who are you supposed to be this time, Niall's long-lost cousin?!"
Niall: "Gods, Xerian! What have they done to you?! Are you alright...?"
Xerian: "No! No I'm not! I've been kidnapped, threatened, studied and I'm running out of power! There's an impostor who looks like you but says they aren't and I don't know what to believe anymore!"

Chaswick: "So, you've escaped, android Niall. Give up! Your safeguards won't let you harm me. I'm protected personnel... Urgh!"
Niall: "I'm not harming you... I'm just giving you a big, friendly hug! (Run, Xerian!)"
Chaswick: "You can't hurt me, Niall... but I can hurt you! ...Argh!"
Niall: "YES! Apparently, I can! Despair thy charm, rogue!"
Chaswick: "...You'll be destroyed for this! You can't hurt protected personnel!"
Niall: "Actually, your protection's just been revoked. But if you want to run, I'll give you a head start!"

Valdemar: "So your friends have alerted the authorities... Well, I won't be taken! With this hyperspace modulator from your ship, I can escape - and barter your advanced technology for my freedom!"
Xerian: "No! Stop! Turn it off... you'll kill us all! That's not part of the hyperdrive!"
Valdemar: "Do you expect me to believe that...?"

Jakob: "Hello there, Xerian, I'm glad you're back again...
I hope your new legs haven't caused you any pain..."
Xerian: "No, but they'll take some getting used to."

Jakob: "This was the best that we could do
but still at least you're not left crippled.
We think your spaceship's good to go
although the paintwork's kind of rippled.
Your kidnappers have been arrested
and convicted for their crime
We've made some films to help explain things
once you're back in your own time."