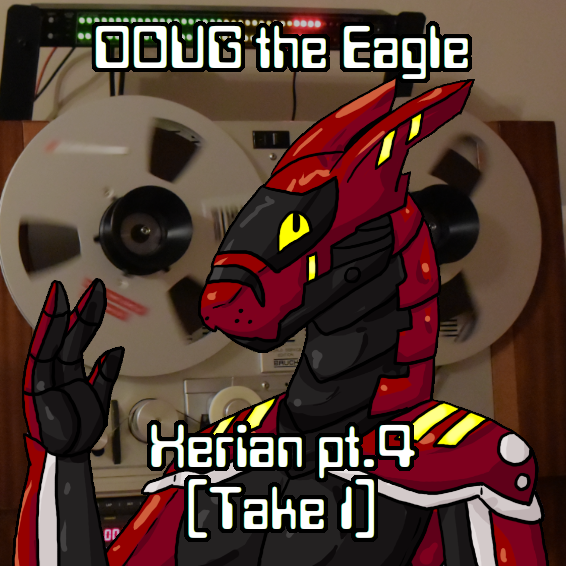 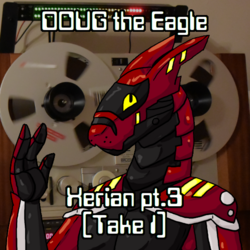 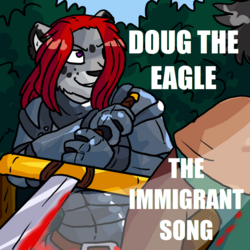 Here's the final instalment of the Xerian suite. It took longer than the others, partly because I'd used up most of the material I'd already written, but also because I wanted to take my time and do it right.

This song reaches to the very end of the master tape, like there's about 15 seconds left before it goes into the leader. It occurs to me that I might be able to get a couple more passes of the fade-out by clever use of tape splicing. If I do a 'take 2' I might try that. (I also need to build an automatic fader).

I've also been writing an expanded version of the story. At this point the two diverge (since the album version being abridged for time), unless I decide to make the whole thing a concept album by writing four MORE songs based on the written story. Maybe, like Aragon, I'll do new version with extra material in the future. Certainly I don't think I can manage that in time for the intended release date that would allow me to hand them out at Confuzzled and Anthrocon. Though if furry conventions are still nixed next year, I might postpone. But I digress.

The Xerian artwork was done by

. The Synth species was created by Vader San. Recording details and stuff follow.

After part 3, I made sure to include a lot of edit points. Annoyingly the one I'd explicitly designed into the song didn't work as well as I'd hoped. I might have to insert a drum fill to try and link the two sections together less awkwardly. In all, three razorblade edits were made. I also found the source of the 100Hz hum that plagued the previous songs... failed capacitors on the bass preamp. I will need to re-dub the bass track on the previous songs through a notch filter to fix that for when I do the final mix of the album.
Things which didn't turn out well and which might require a 'take 2' demo mix of this song include a couple of muffed notes on the bass which I didn't find until afterwards, and the obligatory OB-6 intro might be a little too detuned. I'll probably have to rerecord that.

The song was recorded on 2" tape using an Otari MX-80. Bass and vocals were done on a TASCAM TSR-8 and then transferred to 24-track. The mix was done on 1/4" tape using a Studer A807, which can be seen playing back the song in the icon. Bob's godlike voice was done by speeding up the tape slightly during recording.

Lyrics (you may need these)

Xerian: "Sir, I've brought you the artifact.. It was where you said, and it's still intact. I've said goodbye to the ones who saved my life..."

Bob: "Well done, my robot friend! I knew you'd do this in the end. You've served Me well, and so - I shall send you back to the land you know!"