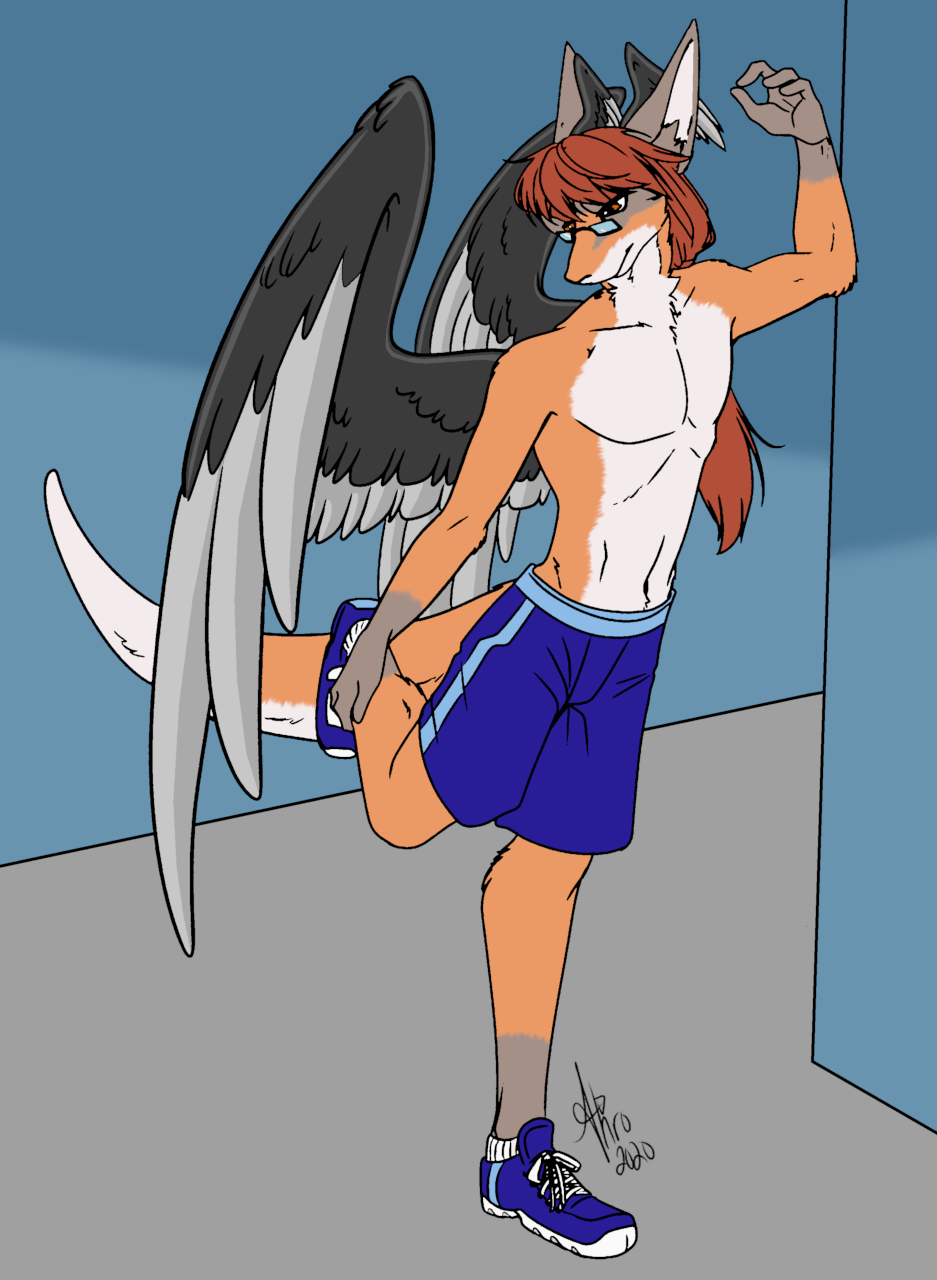 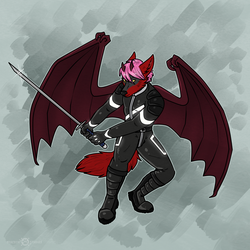 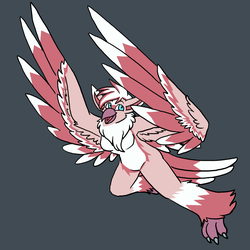 Here is another Patreon sketch piece from

, with colours by me.

This is Tim the kangaroo, slated to appear in my story, The Bounty Project, which will hopefully one day become a comic. Tim is a Being, but if he was an incubus, he'd look like this.
Tim has been drawn before, with a fullbody by Merlin, and a head-shot from Ahro as an earlier Patreon piece. However, since he's usually seen in motorcycle gear, I've never had to worry about what his chest markings would look like until now.