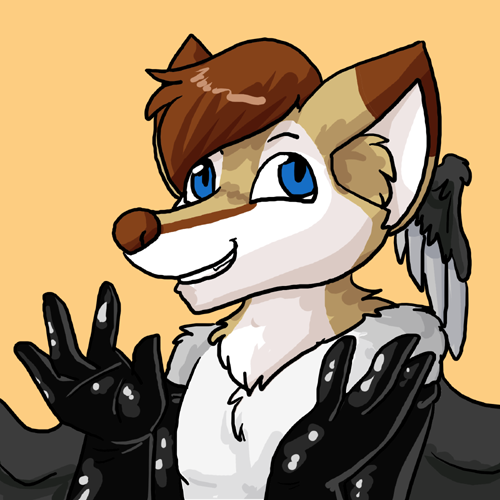 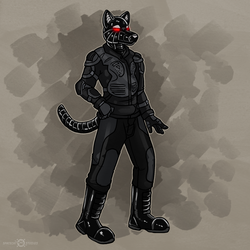 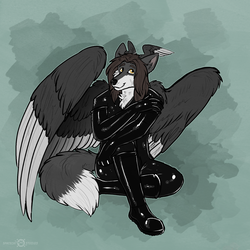 At Anthrocon this year, I borrowed Merlin's new fursuit head, Rey, and wore it on Daryil's body.
https://www.weasyl.com/~tapewolf/submissions/1798847/daryil-at-anthrocon-2019-part-2 (Mid-left panel)

Merlin saw the photos again today and decided to draw it. And this is what you're seeing. I thought it was way cool, so I've uploaded it to FA.
'Male' is a provisional gender because this is kind of a vixen head stuck on Daryil's body, but on the other hand, Rey would have been male anyway, except that his owner is obviously not male and for a partial that's difficult to fix. Whatever, it's probably Daryil shapeshifted anyway.

And I hate to say it, but those Shiny Whore Gloves do suit Rey...

This was drawn by

and the character's head belongs to her. The rest of him belongs to me.