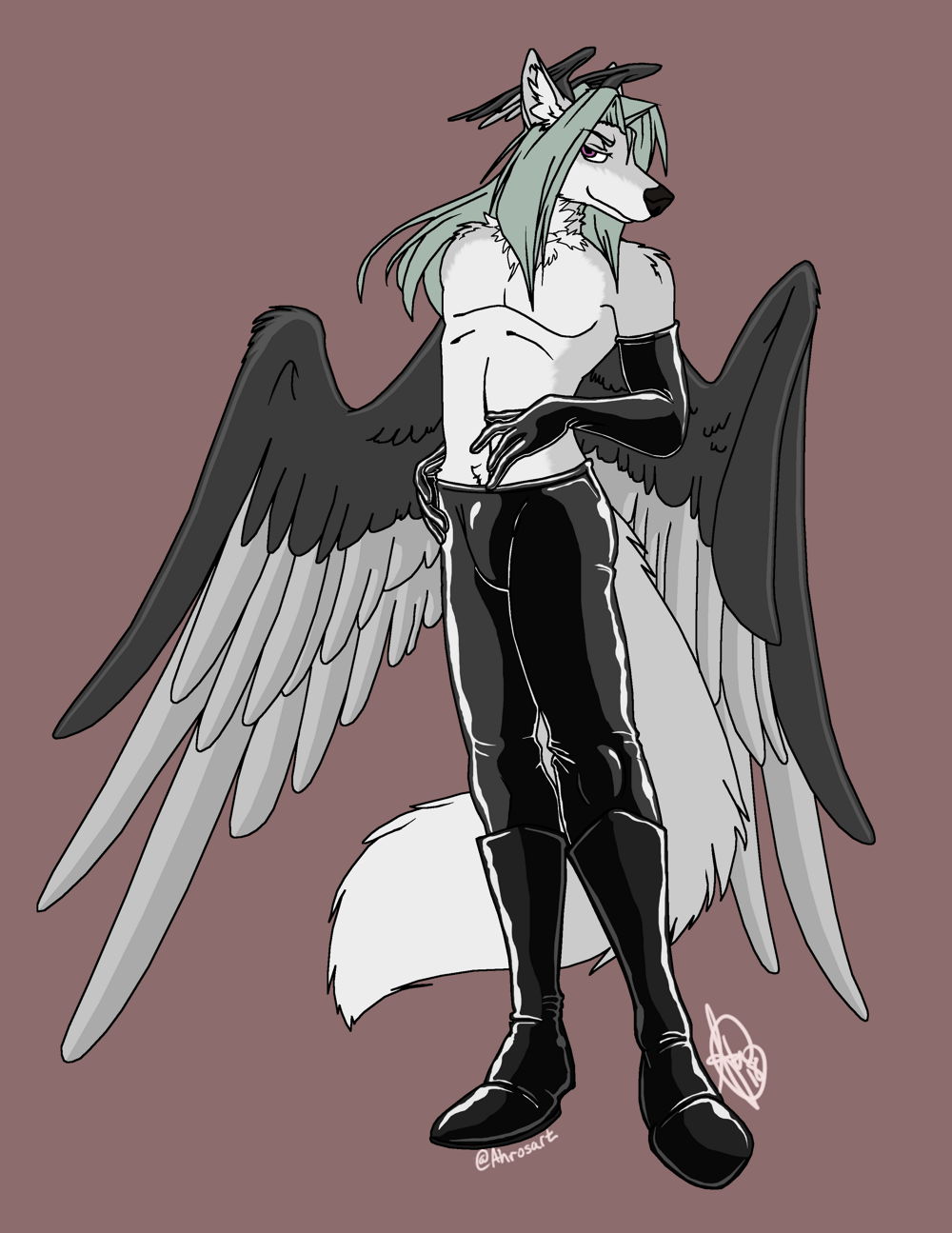 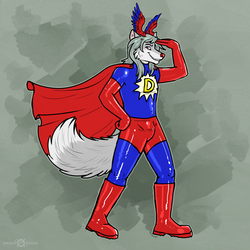 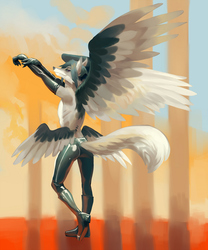 Here's Daryil again. There's a particular outfit which I don't have a good reference for: Daryil in rubber leggings.
Jakob wears them occasionally, Richard regularly wears them in Epsilon. But to my dismay I found I don't really have any of Daryil wearing them. In the Book of Tenets he is wearing something close, but with a belt added. Leggings like this have no belt, they're a single piece of moulded rubber which stays on by virtue of being skin-tight.

Anyway, this is based on a sketch by

- the original can be found here: http://www.furaffinity.net/view/28177371/
...I have inked and coloured it. Frankly I'm not happy with the lighting, I might try doing another version where there's a single light source instead of two.

The disadvantage of these leggings is that they can be a bit revealing on a guy. I want this to make General so you get a nondescript lump instead of an anatomical bulge.

I tweaked the expression slightly, it came out a bit evil to begin with, like it wasn't clear if he was going to seduce you, or rip out your spine. I've tried to go for more of a coy look.

Thanks again to Ahro, this should make a handy costume reference for future commissions!