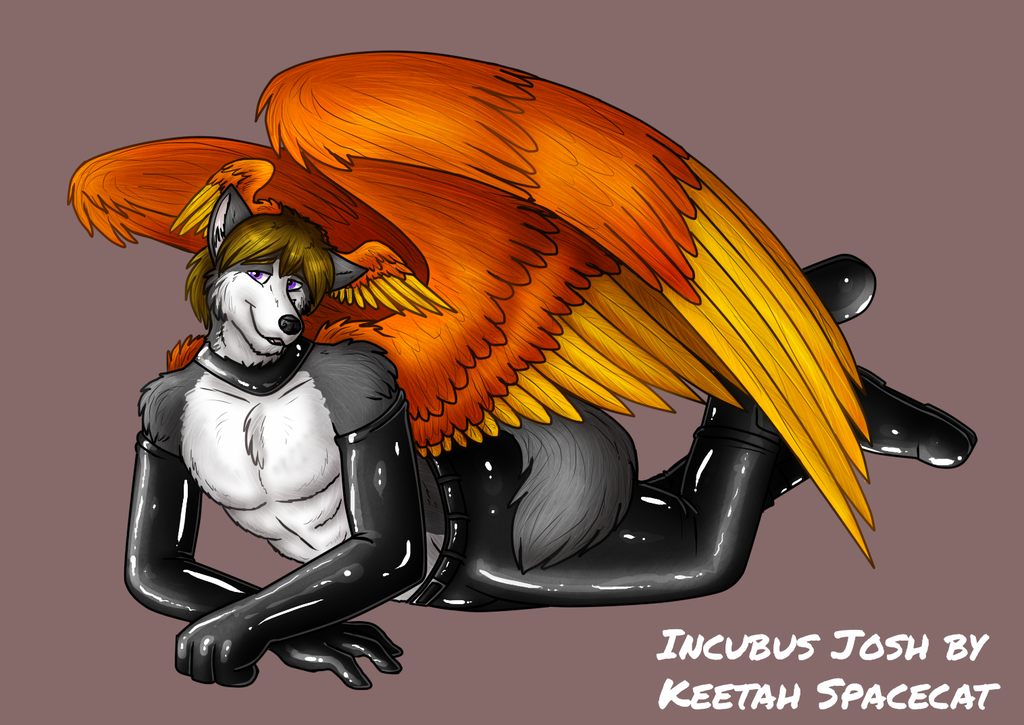 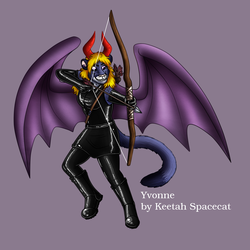 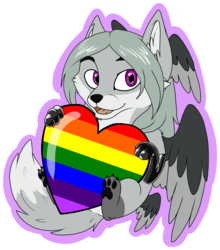 Here's another digital sticker from Keetah Spacecat, this time showing Joshua Oswald from Project Future, as an android incubus.
This shows him as he appears in The Epsilon Project, having come to terms with the fact that being an incubus often results in the urge to wear tight, shiny costumes - usually involving rubber - and pose seductively in them, even when nobody else is around.
The modifications have also left him bisexual, which is a little unfortunate because he was one of the few completely straight characters in the comic.

This version is slightly modified from Keetah's version, adding a flat background and adjusting the contrast on the latex.
Her original version is on FA here: http://www.furaffinity.net/view/26591743/