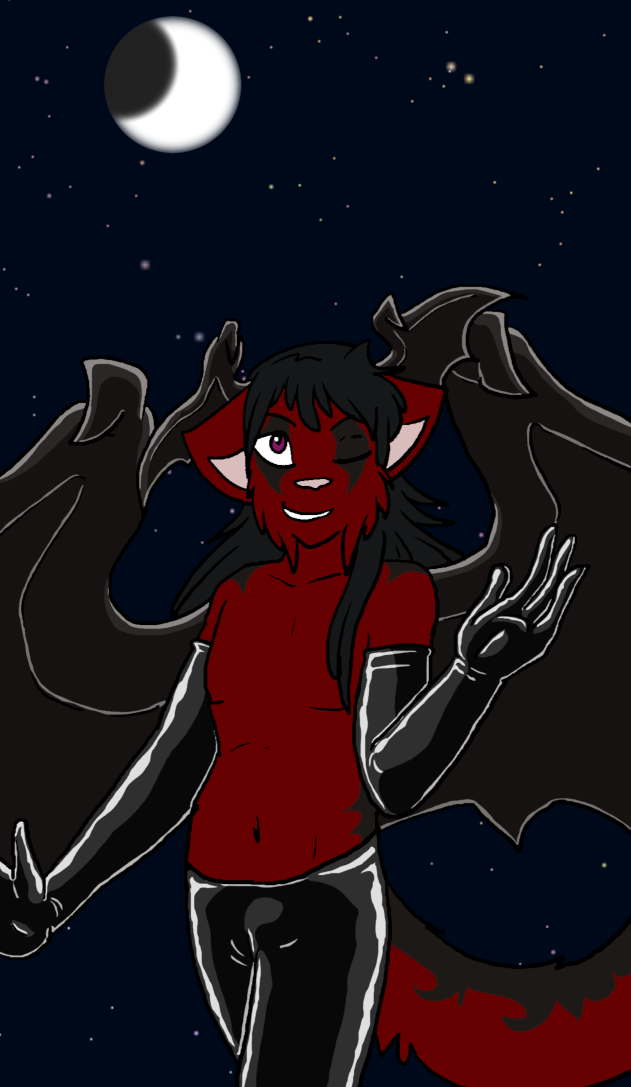 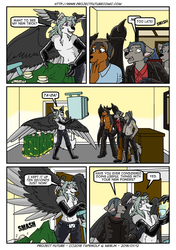 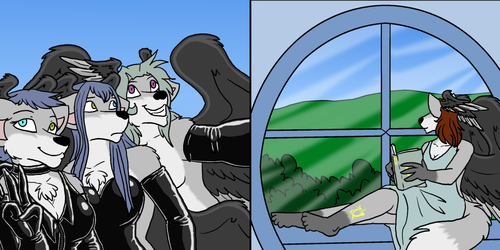 Amanti is an evil soul-stealy incubus from Jyraneth clan. He's since been persuaded that this kind of behaviour isn't conducive to a long life. He's stopped eating souls, but is still prone to acts of random murder. He's been trying to cut down on that too, but kicking the habit is a long, slow process.

Amanti turns up in Dark Lord Rising, but not until very late in the story. http://projectfuturecomic.com/darklord.php?strip=01-00 This artwork was taken from one of his appearances in that comic. We made a late change to give him a more muscular physique, but I liked his original bishy look and decided to colour the original line art myself.

I've made a bunch of alterations and fixes, including swapping his leather adventuring pants for latex leggings. The gloves were my addition too... they help emphasise the slightly alien psychology that 'cubi have compared to the more humanoid races.

Jyraneth Clan was invented by

and the DMFA universe was invented by

.
Lines and character design by

, colour and various edits by me.