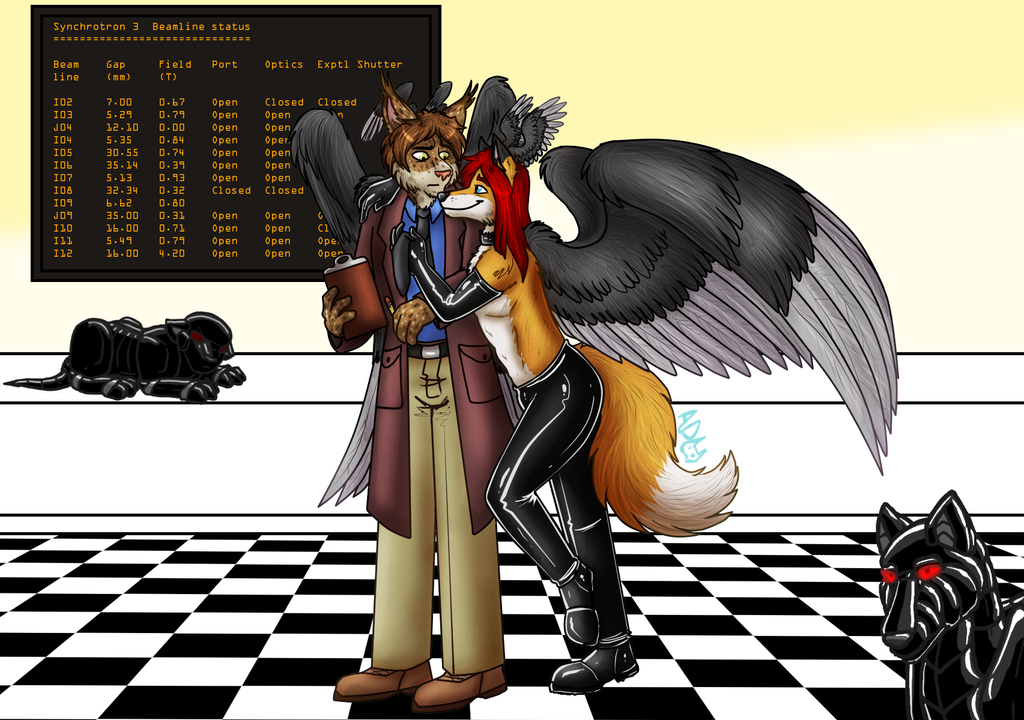 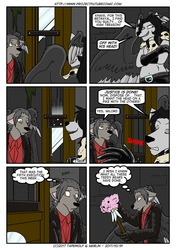 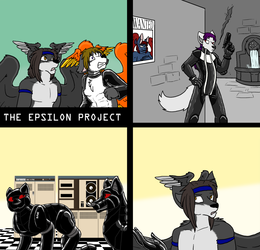 Flirting with a scientist by Keetah Spacecat

Under their old master, the four cloned fox-guards didn't live particularly interesting lives. Now, as honorary Daryil Clan incubi, their new master has opened them up to the possibilities. Including polished rubber clothes and trying to seduce other men...
To be fair, the guys are used to this from Daryil and Simeon.

The two central figures are from a commission by Keetah Spacecat. The background has been cribbed from The Epsilon Project (ch.15 p4). The data display actually contains the beamline status for the Diamond Light Source on the day that page was drawn.

Keetah's original is on FA here: http://www.furaffinity.net/view/25493256/
...I felt it would be better if Ashley actually had some science to be doing.