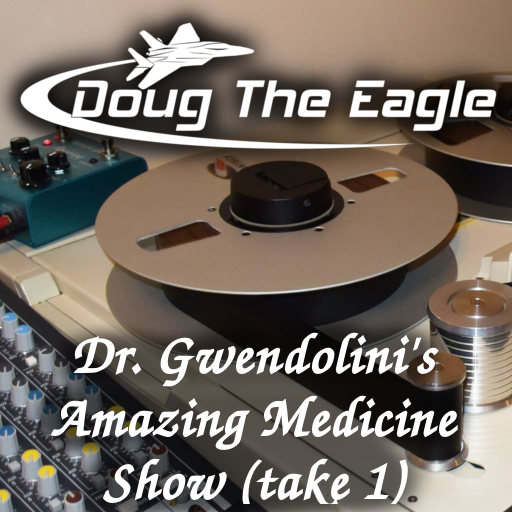 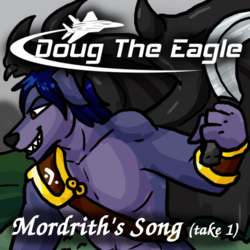 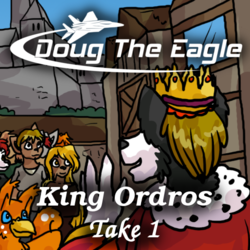 Okay, this is one of the strangest and most expensive songs I've made so far, making extensive use of the Bluegrass Banjo optigan disk for that authentically tacky medicine show feel.

Don't panic, the entire song isn't like that, just the intro.

I think the genesis of this idea was last year, following the untimely death of David Bowie. His song 'Life on Mars' was getting a lot of airplay around that time, and one of the lyrics is 'It's a medicine show'. This set off a chain of ideas in my head, initially as "Dr. Kawasaki's Amazing Medicine Show", but later changed to something less trademarky while retaining the same syllables. Originally I attempted to use the Dixieland tapes from the mellotron, but without success, so the idea was parked.

Then, a couple of months ago I got curious about the Optigan, heard a few demo disks and decided that this was the way to go. The Optigan was a bizarre beast which used 12" disks of photgraphic film, with rings of circular movie soundtrack containing recordings of the instrument it was playing. Of particular note at the accompaniments, which have an entire band playing a particular chord. Sadly I don't have the machine itself, but sample sets of it are for sale and I quickly converted these into a format that the Raspberry Pi could play back easily. After that, problem was solved, the idea of the Mob feeling double-crossed by Dr. G came along and the project kicked into high gear. I wasn't sure how to end it, though... until I thought 'What if the medicine actually worked...?'

For those who are morbidly curious, a demo of the Bluegrass Banjo disk is here: https://www.youtube.com/watch?v=foi6J5f31UA

Anyway, enough rambling. This is a song about a snake-oil salesman who gets in trouble with the Mob. Is it furry? I don't see why not. We'll see when I get the cover artwork done for the album, I guess. As usual, this was done on the Otari MX80, with some help from the TSR-8, and then mixed down to 1/4" stereo with a couple of razorblade edits. I'm rather pleased how it turned out.
Instruments used are a Minimoog Voyager, Alesis DM10 drum machine, Hammond XM-1 organ with Rotosphere, Waldorf string machine, Hammond SK1/Aeolus pipe organ, Manikin Memotron, and some Optigan samples played on a Raspberry Pi.

Things which will likely be fixed before the album version include:
1. Bump up the mandolin disk a little next time it's mixed
2. The bass seems to be a little detuned, maybe rerecord it alll
3. See about reducing hiss on the vocals by gating it or bypassing the compressor

Announcer:
We interrupt this program for a very special thing
Dr. Gwendolini's here, and he is gonna sing!

Gwendolini:
Welcome one and welcome all, and just forget your woe!
It's Dr. Gwendolini's Amazing Medicine Show!
Selling patent miracles and snake oil in a jar
It's not true I'm a wanted man, that would be bizarre!
Here we have a little pill to save you from your fate
Side effects include (Rest in peace) and a sudden loss of weight
That's all we have time for, but don't forget to go
To Dr. Gwendolini's Amazing Medicine Show!

Boss:
Upon her sickbed my grandmother lay
I got the news that she had died today
He said he'd cure her sickness,
But that was just a lie
Now Doctor Gwendolini... must die.

Boss:
With Doctor Gwendolini, I want the job done neat
Into the river with weights around his feet!

Boss:
...and on the third day...
...She had arisen!
She rose from the very grave itself
Fifty years younger and in perfect health
What Dark Miracle has Dr. Gwendolini wrought?!