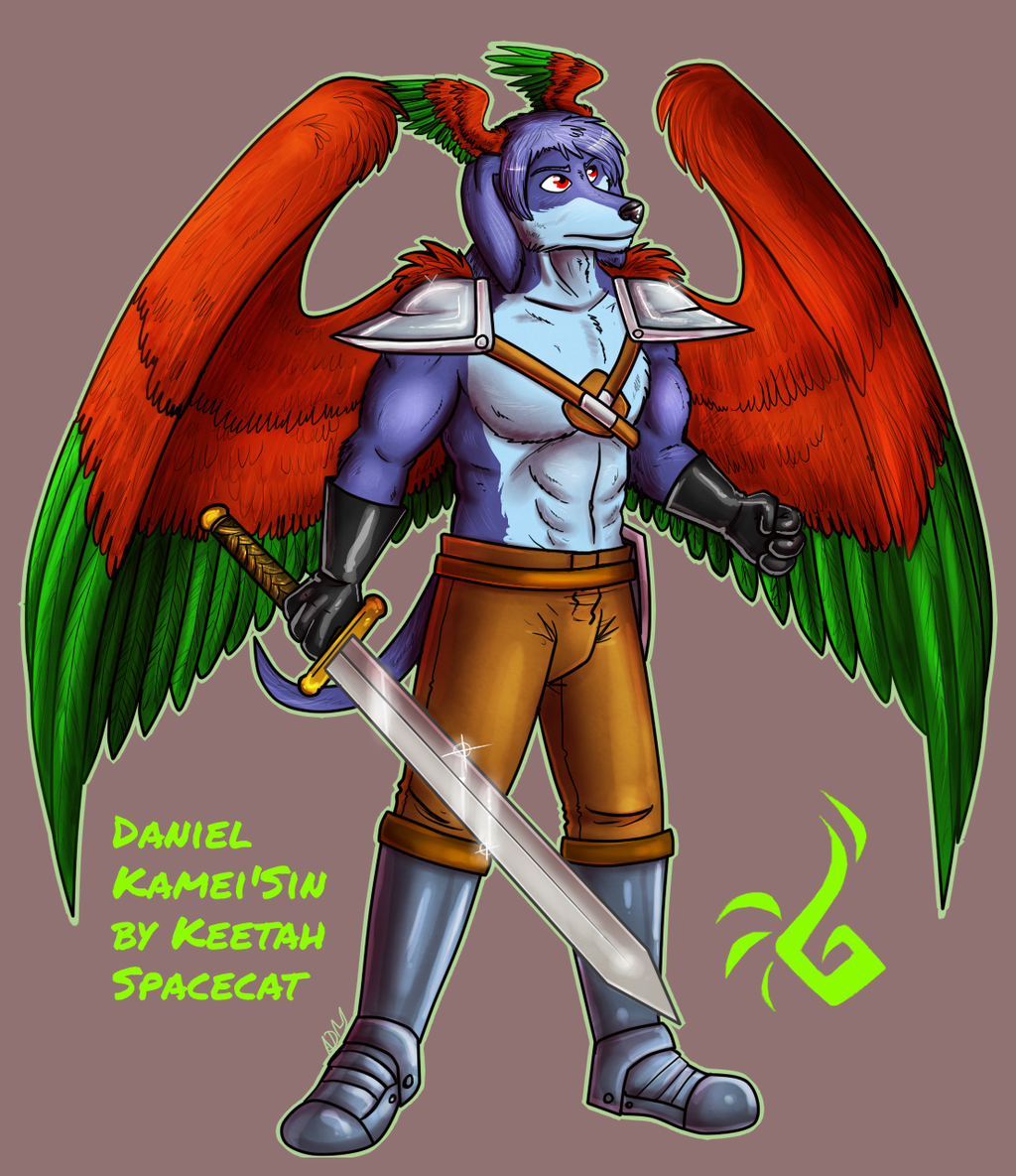 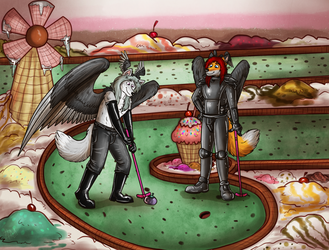 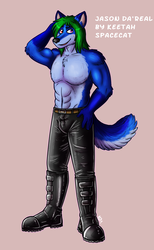 More Keetah art. This was commissioned in part to see how he'd look with more muscular arms. In-comic, Daniel has usually appeared with thin, effeminate arms and I figure he could do with an overhaul to look more like he's spent the last 10 years swinging a large, heavy sword around.

Daniel is a supporting character in The Epsilon Project (see http://projectfuturecomic.com/epsilon.php?strip=01-01 ).
This was drawn by Keetah Spacecat. Her original version is on FA here: http://www.furaffinity.net/view/20946812/

Daniel, named after the great warrior Ti'Fiona (see DMFA), is a Doberman incubus. He is aged around 25, though his incubus nature means he is likely to remain in his apparent twenties for many centuries to come.

The symbol to the right appeared on his ear during his teens (the ear we can't see). In days past this could easily have marked him for death or exile as soon as it appeared. Fortunately, he was born in more enlightened times,

Even so, Daniel grew up in one of the more rustic parts of Furrae and became an adventurer as young men often do. Unfortunately, it was a case of bad timing as the conflicts between the races began to fade away, the number of Creature attacks plummeted and the bottom fell out of the adventuring market.

As such, Daniel's guild took less and less jobs involving helping people, protecting the weak from rampaging Demons or generally being a hero. Instead, he was often called upon to act as executioner for condemned criminals. As mentioned, Daniel was brought up in a medieval village and believed that public execution was a fair and just punishment for murder. At the end of the day, slaying criminals is not so different from slaying monsters when push comes to shove. While Daniel prefers to use his broadsword, he is also proficient at execution by axe, guillotine or hanging.

Daniel was a little disappointed at having to be executioner so often, since he originally signed up to the guild in order to help people - not behead them - but he did what he had to do. After all, if someone has to die, better they die at the hands of an expert, rather than have the job botched and a slow, painful death. Besides, there still was an occasional flow of 'proper' adventuring jobs to look forward to.

The problems started when Daniel's empathic powers came online, and he began to feel the emotions and thoughts of the people he was putting to death. At this point he went into semi-retirement and attended Illiath's school for incubi and succubi, to broaden his career options (or at least to learn how to shut out the thoughts of the dying).