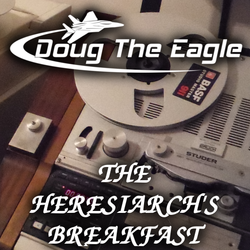 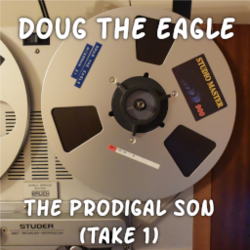 Okay, so an endangered lynx escaped in Dartmoor a few days ago. There has been a certain amount of hysteria with the reported size of the animal ranging from 'a domestic cat' to 'a labrador', or the amazingly helpful 'bigger than a cat but smaller than a lion'.

...so I wrote this song. Here's hoping Flaviu gets back home safe.

Recording was done on tape using an Otari MX80 24-track recorder, with the more fiddly bits being recorded on a TASCAM TSR-8 first and then transferred using a synchronizer. Mixdown was done on a Studer A807 1/4" stereo machine.

The organ section in the middle quotes from 'What if a day?' by Thomas Campion. Hopefully he won't rise from the vengeful dead because I arranged it into waltz-time.

The icon was sourced from Wikipedia, licensed under the Creative Commons CC BY-SA 3.0 license. The original file can be found here: https://en.wikipedia.org/wiki/Eurasian_lynx#/media/File:Lynx_lynx_-_03.jpg

Main headline, the story to see
A huge feline has just broken free
He's mean and vicious, and tall as a truck
And if he finds you, well you're out of luck
So get down on your knees and pray
'cause the little big cat got away

Shut windows and bolt all the doors
The big bad lynx is roaming the moors
But what's the shadow is he over there?
He's death on four legs (well, if you're a hare)
So come on Annie, get your noose
There's a little big cat on the loose