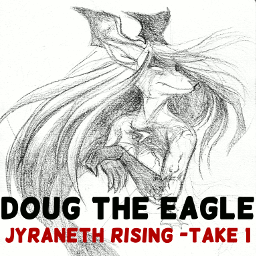 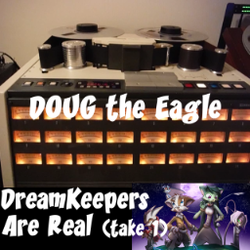 I think this is the first recording I've published on FA which was recorded on 2" tape using my newly aquired Otari MX80. It's inspired by a psychopathic character of

's creation. Dangerously insane and incredibly powerful, the Lady Jyraneth. The picture is a sketch drawn by her during Anthrocon 2014.

Not having access to a female vocalist I decided to try recording the lead vocals with the tape running slow and see what happened. This is the result.

There are a few glitches, a couple of flubs on the bass part, the drums don't sit well in the mix and the mixer buss clips each time the word 'screams' is voiced, something which I'm going to have to try and fix before I do the album version.

Vocals, bass and some of the tape effects (reverse cymbals) were recorded first on a TSR-8 and dubbed onto the 2" machine. Other tape effects were done on a Studer A807. The octave shifting bit around 5:10 was done on my Akai GX-210D because the other machines were too stable and precise when switching speeds.

I'm the Lady
Or perhaps I'm a man
It makes no difference
When you're in charge of a clan
You wouldn't like me
When I'm feeling annoyed
But you'll obey me
...or I'll have you destroyed

And in my garden of delights
(The heads are skewered onto poles)
Such wondrous sounds and wondrous sights
(A few more rebels lost their souls)
I like to lie beneath the trees
(Dead bodies swing from every bough)
And feel my hair blow in the breeze
(I think I'll execute you now!)