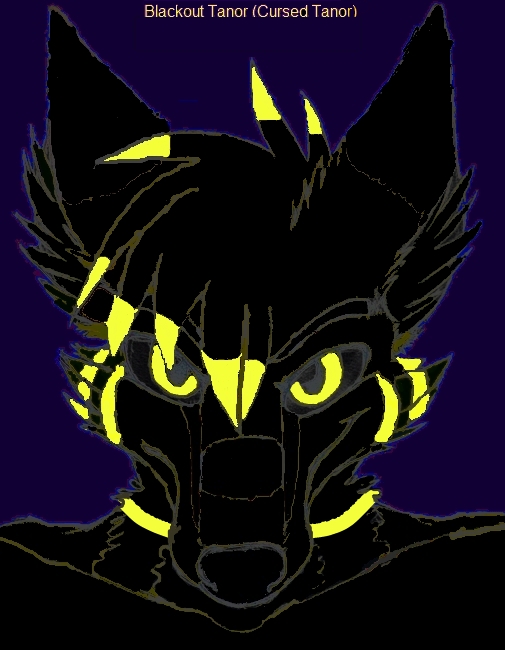 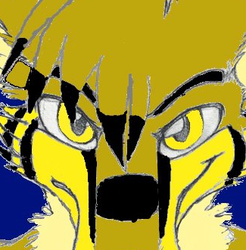 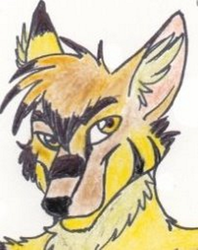 This was the design I used for the first design of Teiden, originally was known as Blackout Tanor. This form was originally thought to be Tanor's dark transformation, way back in the early Oltanis Z story. (I'm now in the Oltanis Sigma era, which takes place roughly 10-14 years after Blackout Tanor/Teiden debuts in the story, so that's pretty long ago for both this picture and that story episode.)

I will get more into detail about Teiden's character in his current design's page. For now, this page covers Blackout Tanor.

Blackout Tanor was the form that Tanor would take each time Tanor tries to use his Super Form, after meeting with the dark deity Teiden. Teiden did not have his current form at the time, and was pretty much invisible to Tanor for awhile, due to being a higher-dimensional being.

Tanor's power fuelled the being, and the formation of this power was due to Maru's incantation that brought Tanor back to life, six months after Tanor dies fighting Mecha Tanor, for the first time.

Maru's incantation amplified the dark half of Tanor's being, and Teiden came to fruition. Then after that, the Blackout Tanor form would become Tanor's crutch and poison, until he learns how to control the god's dark power much later.

Blackout Tanor/Teiden uses Tanor's body as his physical make-up, although they have differences, and much moreso