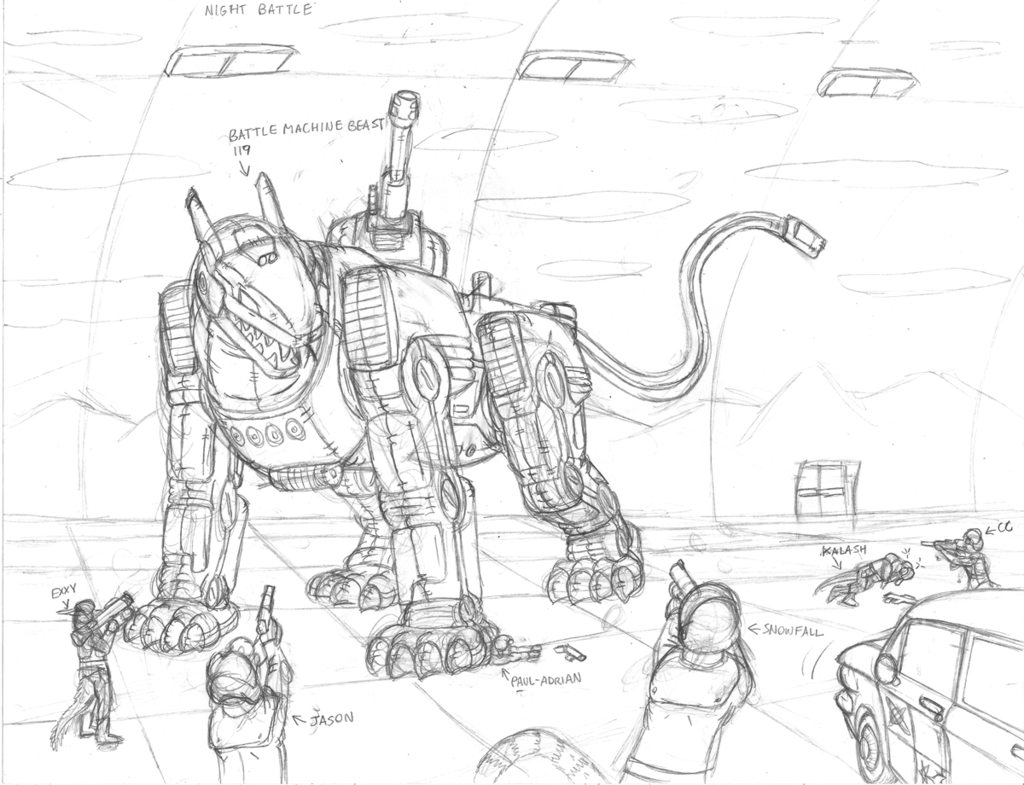 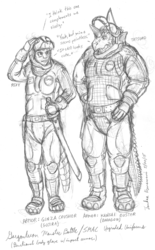 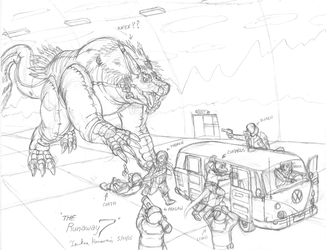 The RZ-119Q is just a few hundred kilograms of metamaterials, a speaker system, cheap sensors, metal foil, heating pads, radio transmitters, and single-use pyrotechnic devices that creates the illusion of a large combat mecha. It might look amusingly fake in proper lighting, but to radar and thermal cameras, it might as well be the real deal. Strong winds, artillery blasts, physical interation, and concentrated gunfire tend to ruin the effect.

Warranty void if deployed or otherwise removed from original packaging. Not a life-saving device. For the love of the gods, please don't reprogram it to sing or perform silly tricks.

Let's move on to the stupid metamaterial tricks featured in the picture, instead of the legitimate uses for the hardware. Unsurprisingly, its similarity to the DFRC resulted in its use by Gigantic Monster Combat establishments, with the pyrotechnics removed and the now semi-reusable system rebranded as a "Battle Machine Beast 119."