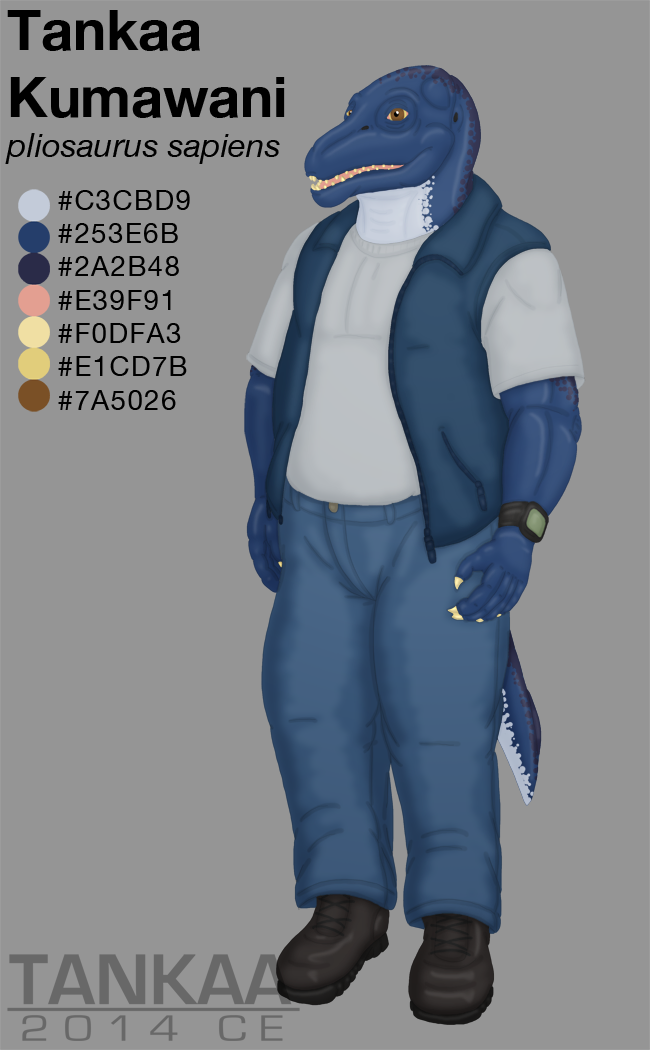 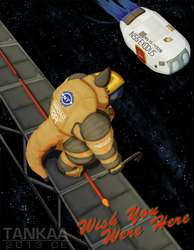 Well, Tankaa finally has his pants again, and sports his typical civilian attire (blue jeans, off-white t-shirt, navy-blue Columbia fleece vest) first seen about a year ago. He has a more Science Patrol-esque orange uniform when working for Super-Position, and even turns up in that absurd dorky coat (even though Black Rock is climate-controlled) from time to time.

So the design comes full circle, leaving us with a take on the current Tankaa that bears more structural similarities to his original lightbuild version than the rather lame heavybuild version I tried to bring in. His skull anatomy had a much-needed rework, and he now even sports a small tail fluke. I don't think I'll give him forearm paddles similar to Toadstone's pliosaurs, he has a hard enough time getting dressed in the morning and they would preclude him from wearing long sleeves.

I'll get started on the proper reference art sooner or later.

Artwork and character (c) of me