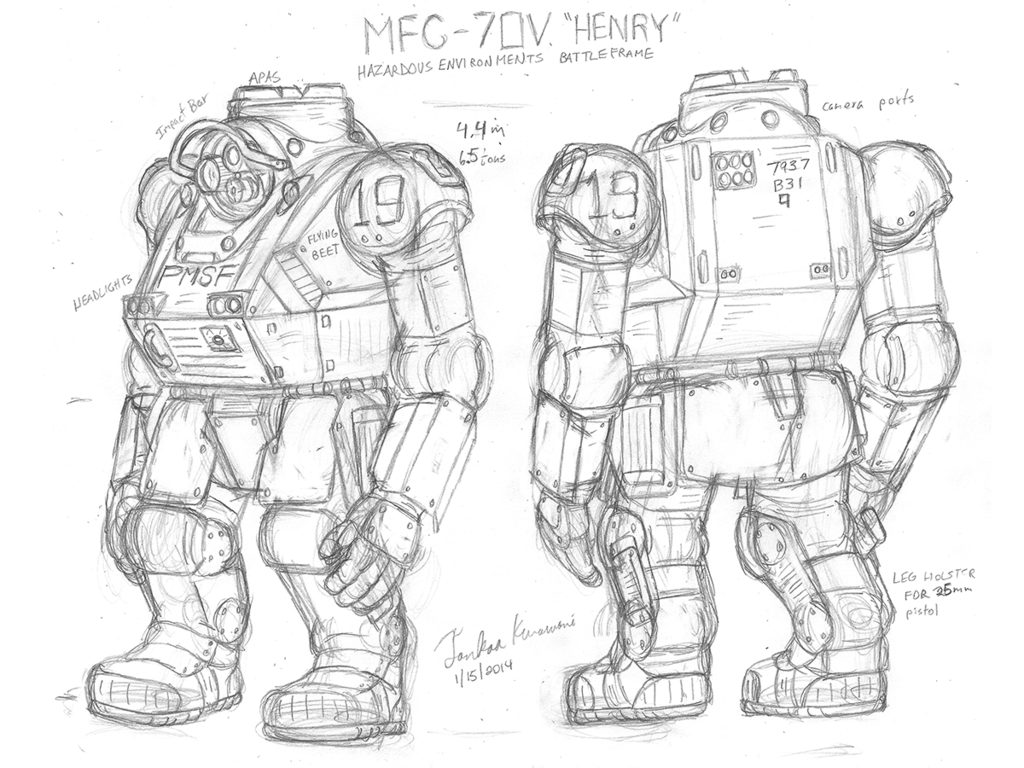 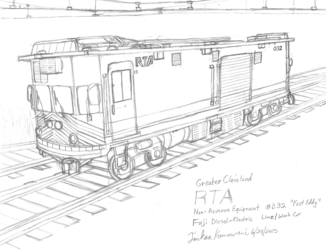 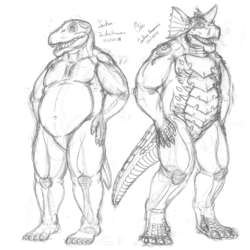 Unlike the Walz/Gordon, the lower profile of the Henry's hull and thicker armor results in a crew compartment best described as "snug." Pary Lebowski of the PMSF and other individuals born in reduced-gravity environments find these downright uncomfortable. However, the narrower waist does allow for the fit of equipment pods between the hull and the maneuver pack in the ever popular "turbo custom" configuration.
No, there is no arm punch or gliding wheel system fitted to the Henry. Both are use-impaired in microgravity (if you're in melee, you'd have an easier time trying to knock the hatch in or rip off arms). The few seen dirtside often have the legs and forearms from a Cavilier MF fitted to address this limitation.

The forward armor is considered good against a 20mm API round, with all-around 14mm HMG and fragmentation protection. (Compared to the civilian Walz, at 8mm/6mm (micrometeoroid) and the Gordon at 14mm/8mm.) Applique armor that ups forward protection to 25mm is available, but it cuts into the thrust to weight ratio and overall delta-vee.

I think I'll redo this image with a United Azore Marine Corps paint job and marking scheme, and possibly thumbnail the special forces variant. PMSF operates some of these, but most of their combat MFs are Gordons due to the budget situation. (I do wonder if I'm letting too much VOTOMS into my designs, but the trouble with most hard-sf combat Mini Mecha is that they're derived from either ATs or the Power Loader...)

No, Trey, this one is actually named for Robert Henry Lawrence, Jr, the man who would have been the first African-American astronaut had it not been for a training accident. I spent a year and a half eating breakfast under the memorial plaque for him in Ohio State University's chemistry building, so I thought I'd continue my naming trend with this.