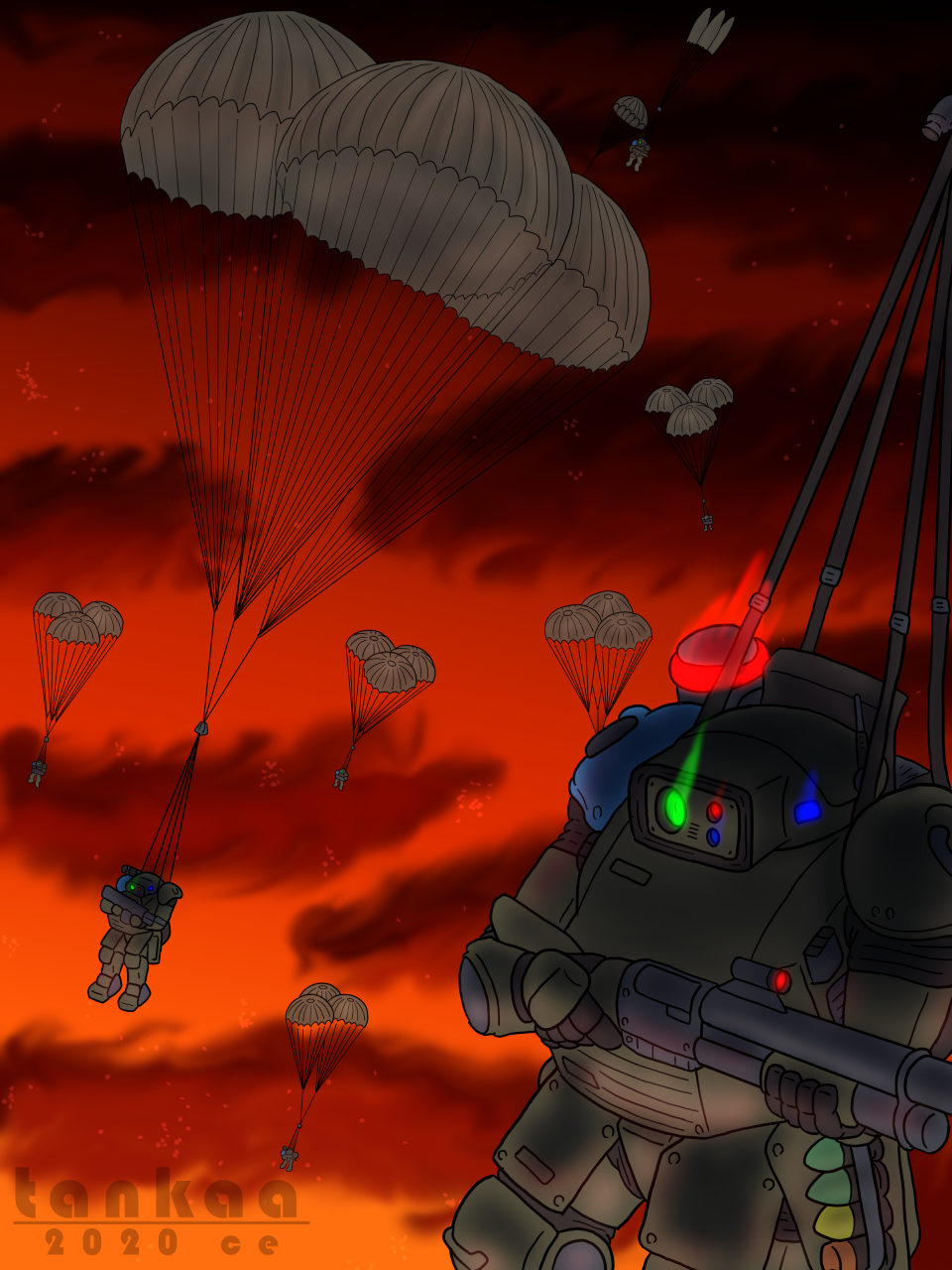 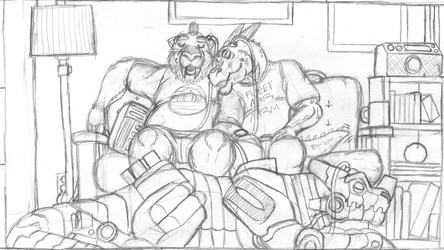 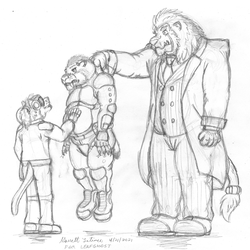 I finished this last year, but somehow I didn't get around to releasing it until the 38th anniversary of the release of Armored Trooper Votoms. It's as good of a time as any. This was actually shown on a television screen in one of my more popular pieces...

"Gods, until we popped through that layer of smoke, I thought it was going to be Matsumoto all over again."
"Don't ever mention Matsumoto."