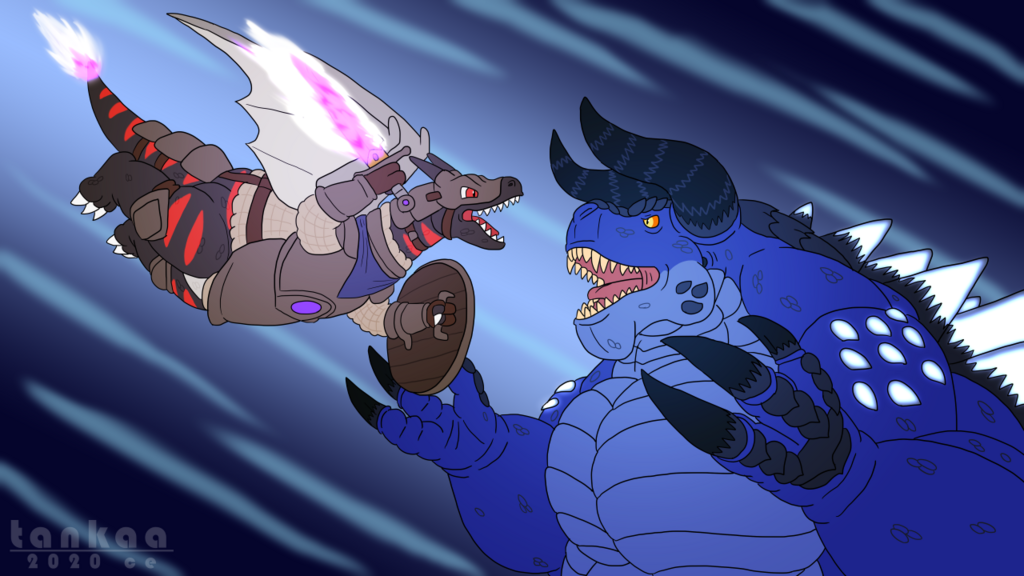 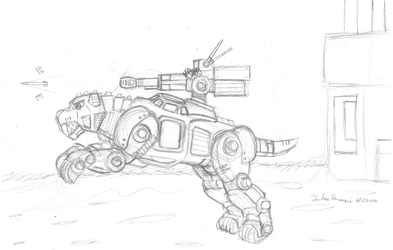 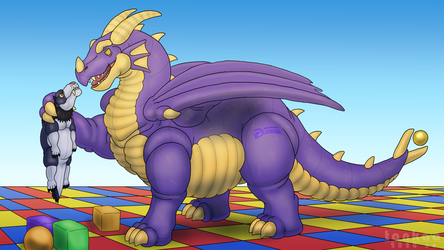 A flat color commission for dyingritenow

The armored Charizard turned and dived on the deep blue behemoth, channeling his intrinsic fire powers into his sword.

Once I got the more exciting composition nailed down, this became a much more fun picture to work on. It was initially going to be an over-the-shoulder standing version, but that was too static and dull and didn't give a good sense of scale.

Artwork, © of me
Sirius © of his player
Charizard © of the Pokemon Company

"The finishing attack! Blazing Blade!" (It's a little early in the fight for that, don't you think? I bet they're pulling out a new power this episode.)