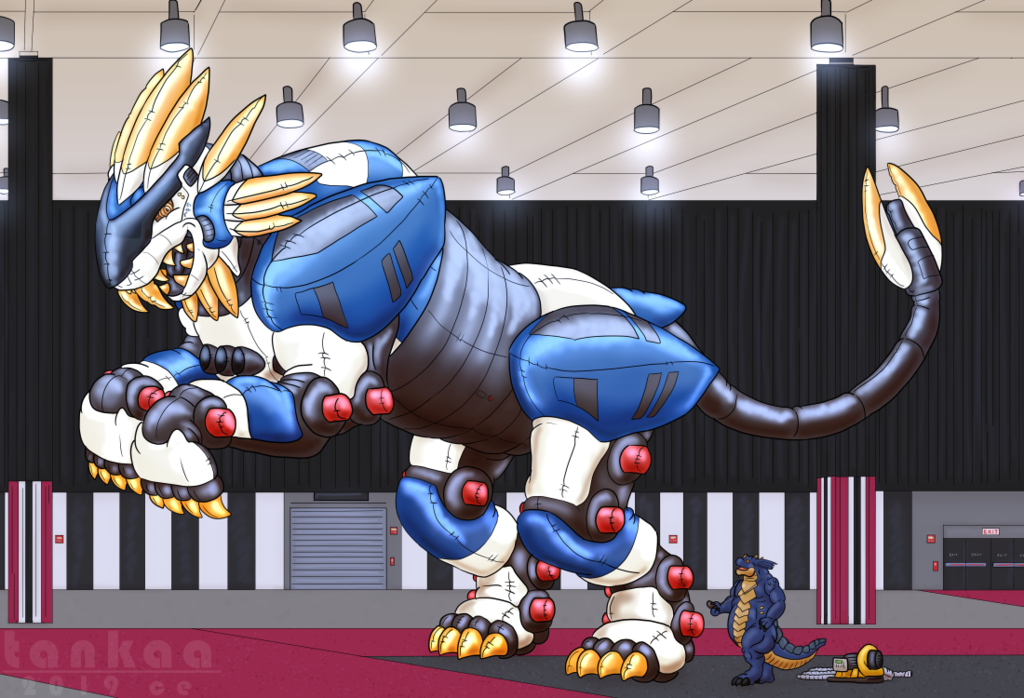 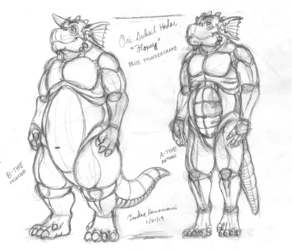 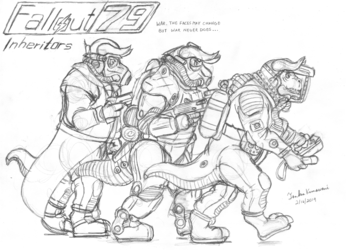 The Cleveland International Exposition Center. 28 hectares of floor space. 16-23m ceiling heights. Climate controlled. It once made B-29 bombers, stored soybeans, was the birthplace of armored fighting vehicles, and was converted into a massive convention center. It's featured in Clevelander Saga on an almost yearly basis for various reasons ranging from auto shows and amusement parks to engineering conferences and military vehicle displays. Now in simulated form, it plays host to a variety of ungainly and slightly daft objects that just don't fit anywhere else, without the clichéd furry silliness of utilizing the Goodyear Airdock.

This time, it's a 1:1 scale version of Hexa's Murasame Liger node, measuring in at 9.2 meters in height, 22.3 meters long, and almost half a metric ton of "smart" thermoplastics. There's even a cockpit capable of holding a standard sophont, although it's difficult for Hexa to move well with the added weight in his head. While theoretically possible to manufacture and deploy, a +500kg DFRC doesn't lend itself to easy transport and simply won't fit in most spaces. The "real world" version of the node is 1:4 scale and tips the scales at about 30kg. This is among the largest bodies in the Hexa AI collective of living pooltoys, rivaled only by Zudomon.

The Known Volume has Zoids- and Gomi-like "clanking replicator" machine life in it, with varying degrees of sophonce, ranging from the size of a cat or dog to typical humanoid size to 25 meter monsters. They're not particularly practical in combat (being far too visible, prone to entanglement in infrastructure, and difficult to support logistically compared to the 4m tall Mobile Troopers), but there was roughly a battalion of Battle Machine Beasts deployed during the Bolton's Folly Crisis.

We can mark this as B-Type Ori's first appearance, a Large Sophont Class (LSC) version of the blue thunderdrake. Tankaa describes B-Type as "twice my height, weighs about as much as my Amp." His presence was required in order to handle and unroll an inflatable of this size, since he's a bit more gentle than a Mobile Labor. Much like the feral version, his proportions differ from the human-sized A-Type.

This isn't our first visit to the I-X Center nor is it the first giant feline creature, although this is a drastic improvement in terms of art quality. What a difference over a decade makes. I'm starting to like the airbrush tool in CSP and I feel like I can get a nice cel look with the layers. Eventually I'll fine-tune things for the old lineless look again, but for now this is quite workable.

I'm going to take a break from toys for a bit, it's making me mildly crazy and probably weirds the sci-fi audience out.

Artwork © of me
Characters © of their respective owners
Zoids, Murasame Liger © of Takara-Tomy

"I will confess... I do feel a bit naked without the sword, even if it would just be 200 kg of dead weight."