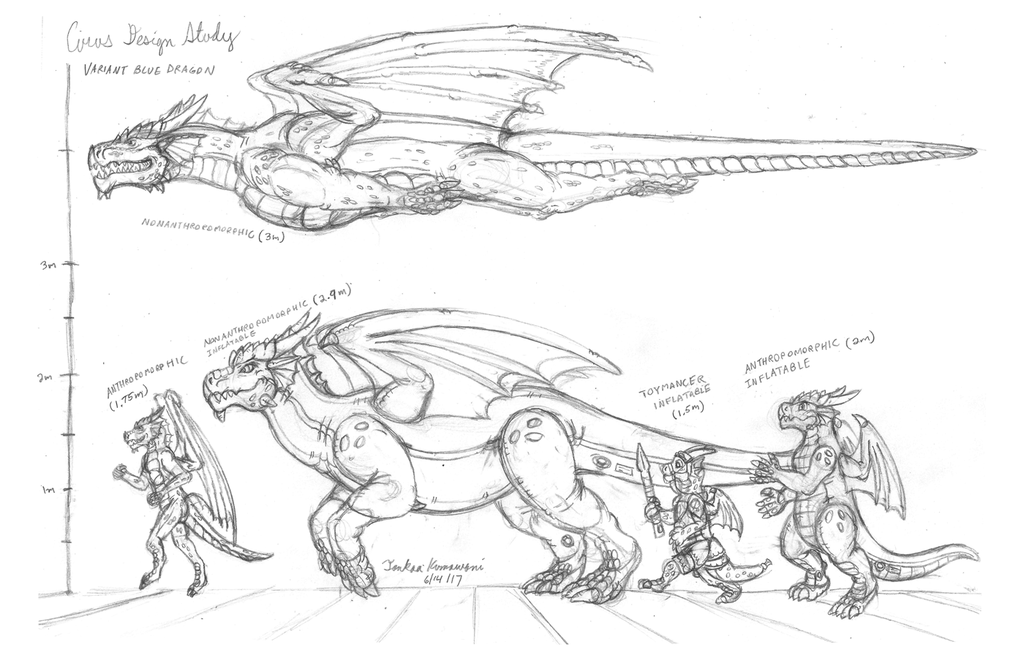 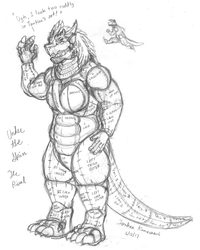 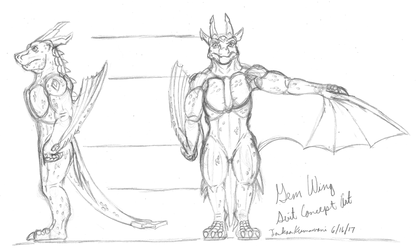 Curus - Variations on a Theme - Draft

There are an unusually large number of versions of Curus, ranging from the typical (anthropomorphic and nonanthropomorphic dragons) to the odd (inflatables) to the downright strange (toymancer). Never before have they appeared in one image simultaneously.

Since the last attempt at giftart for Curus resulted in an unsigned work, I decided to try something a bit more normal and drew all of their variants. This will be colored eventually, and I'll clean up a few minor pose issues, angle faults, and the ground perspective. Picture black and white Fantasy Zone-esque stripes, each a meter wide.

Artwork © of me
Curus Keel and his many variants © of CurusKeel
Designs derived from works by MadMeeper and Tallarra, with elements proposed by Trask

"We developed many style variations. Unfortunately, the director fled, the designer went insane, the animators were exhausted, and the producer ran out of money. These five were the only ones completed."