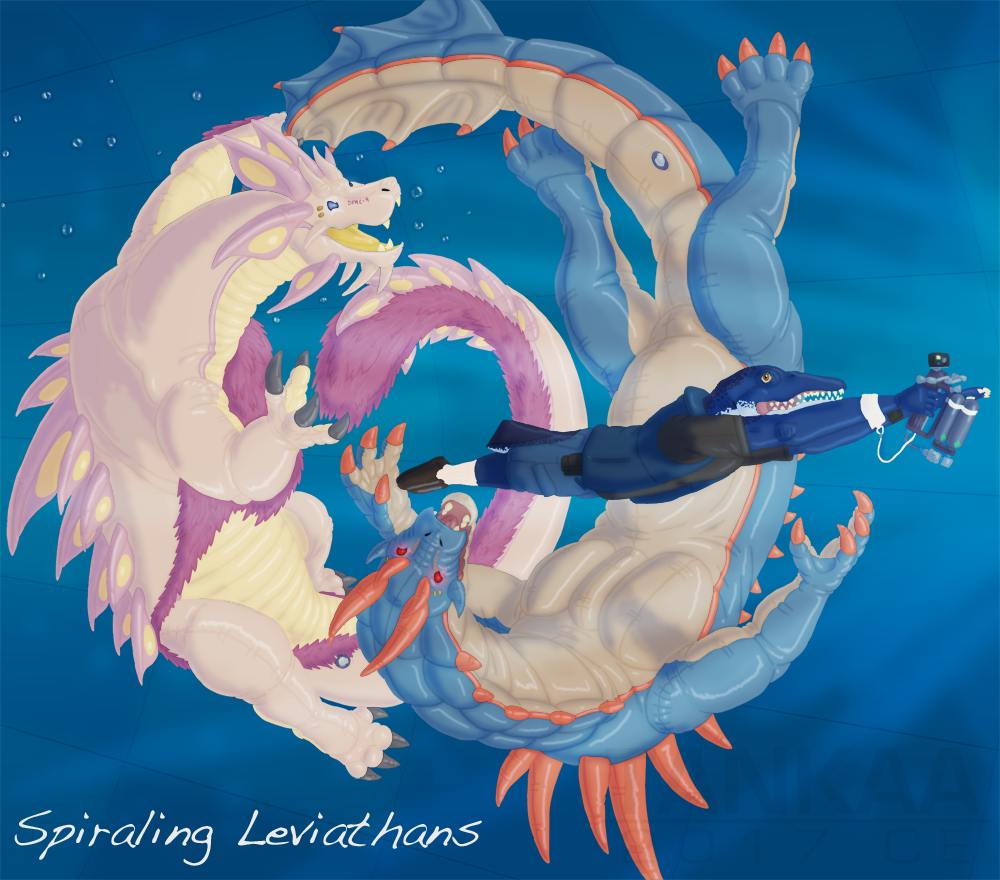 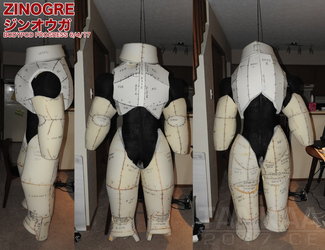 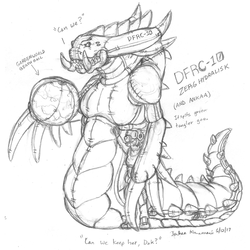 "Stop trying to get away, Tankaa!"

Lagi has some help this time around. Tama makes an appearance, backing up the other leviathan. However, that won't be enough to nab the pliosaur...he's got an HHMU and ~8 m/s of ∆v.

There seems to be no good solution for approximating underwater combat in the LARP games. The obvious choice was impractical because most bipedal humanoid sophonts are mediocre swimmers, and the DFRC chassis is positively buoyant. On the plus side, they're kind of fun to have at pool parties if you're in to that sort of thing.

The second option was taking advantage of microgravity recreation areas, covering the safety netting with flexible displays and making one end of the cylinder the seafloor and the other the surface. Maneuvering within the volume could be accomplished with an assortment of cold gas propulsion systems and simply kicking off of the barriers. This wasn't much of a success either owing to the poor specific impulse of cold gas propulsion, although the blower-based systems (based around a rechargeable leafblower and a series of thrust-vectoring nozzles) showed merit.

I decided to try something different with the lighting on this one. (The spiraling compositon seems to be a thing with me, it just keeps turning up. I mean, it worked for Karru after all...)

"You watch your remaining ∆v tick down, wondering if it's fair/Cool jets of Freon 134 blowing in your nonexistent hair~" (This song complies with the Montreal Protocol.)