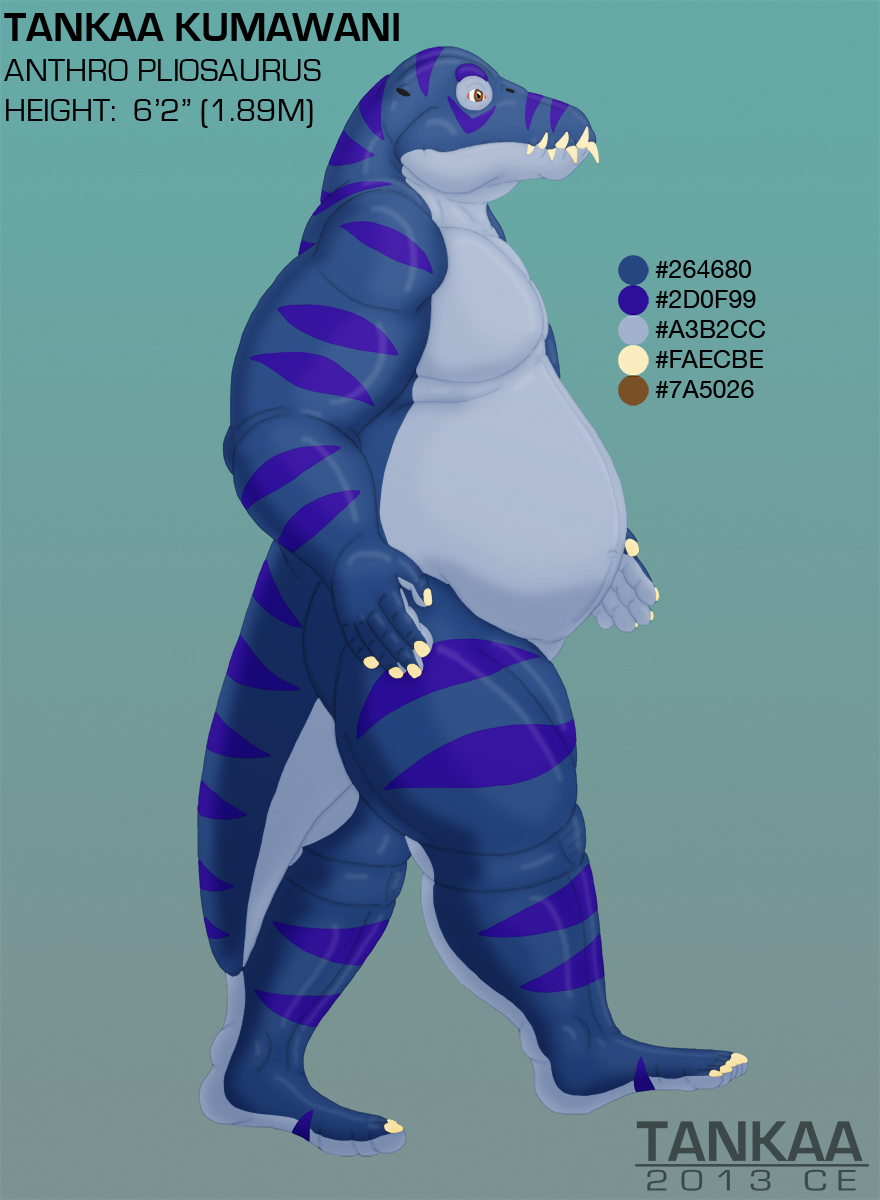 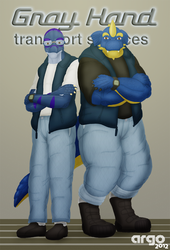 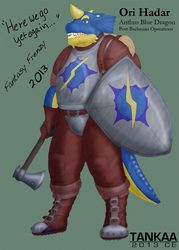 The same pliosaur you know and love, now somewhat more travel-sized and less likely to foul overhead lines and fall through unreinforced floors. (People will probably still find him imposing. People find me imposing if they notice me, I'm basically like Kellam and suffer from a complete lack of presence.) He's also got five fingers and five toes, I've learned my lesson with the gloves from the Greatfang partial, you need the extra fingers to stabilize held items.

Heavy Tankaa's build is a bit tricky, I want him to contrast with Ori and Standard Tankaa, even if he does have a similar amount of musculature underneath the blubber. The different leg arrangement helps somewhat, although as we've seen in earlier pictures, they should be a bit longer relative to the rest of his body. I'll fix that when I do a new comprehensive reference using photos of myself to get limb lengths corrected while trying to maintain some elements of the Gojira-based design heritage.

In whaterver universe he's in, this form resulted from an ill-advised attempt to blend in with crocodilian merccenaries after he resigned from the Barbarians. (Previously, it had only been seen outside of the simsense system on the Try, Try, Try Again after Tankaa was fed literal "Hot" Pockets as an April Fool's Day joke.) I'm not sure if he's a separate indvidual, in which case the little collective is an asynchronous tricameral communal lifeform...