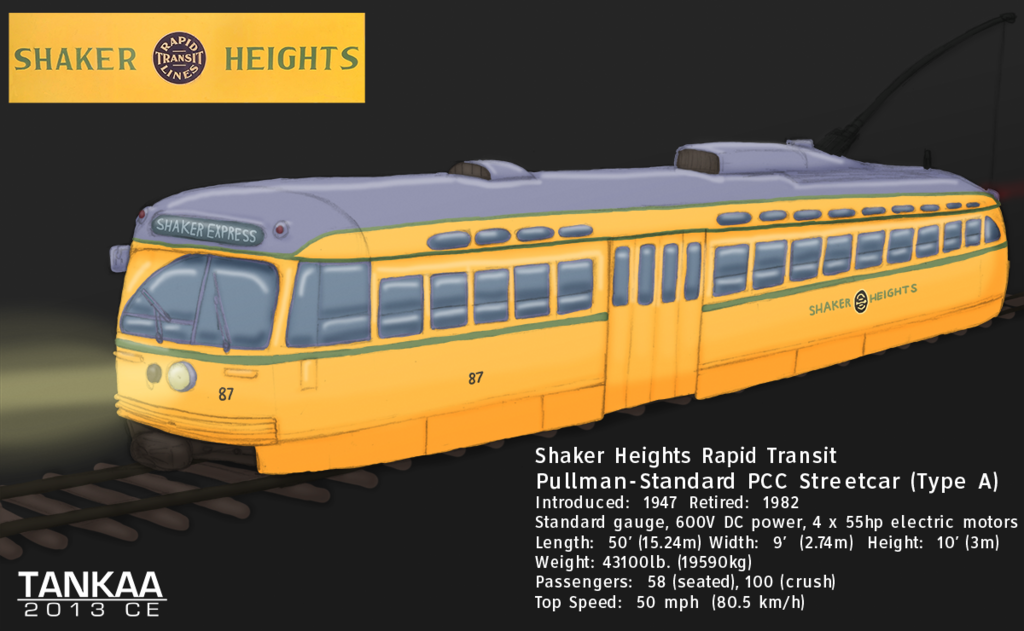 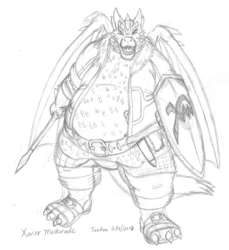 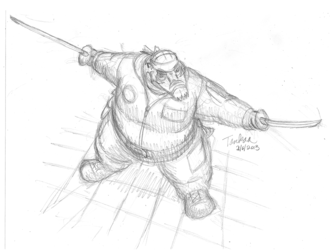 It's time for some fanservice for railfans! Railfanservice!

Here's a Shaker Heights Rapid Transit PCC in their standard color scheme (well, the later single-stripe version, earlier versions had three horizontal green stripes). I did an alternate version with the vivid traction orange paint job that some sported just prior to the merger (which is where the orange stripe in the now-vanishing "classic" RTA livery came from) that I'll post if I run short of content.

Why is there a door on the left side of the HealthLine articulated buses? Why is there a door on the left side of these long-gone PCCs operated by Shaker Heights and RTA? Cleveland...was supposed to have a premetro (light rail subway) system built by Cleveland Railway (later Cleveland Transit System) that would have moved its streetcars underground for downtown operations, allowing for the reduction of congestion. Unfortunately, thanks to GM, Standard Oil, and a very corrupt train-hating County Engineer...we lost it all, and ended up with...well, the half-finished Red Line, half-finished Blue and Green Lines, and horrible transit limitations on the West Side. (Had Lakeshore Electric managed to survive like Shaker's half-finished lines did, maybe...but no, it didn't, and any hope involving that was gone with the last run in '38.)

I ran into one of RTA's power distribution engineers at lunch on Tuesday and asked them about the Detroit-Superior subway. Basically, had NOACA and the FTA not been such a skinflint when we were building the Euclid Corridor, surface-running rail and the subway would have been revived in Cleveland about a decade ago. There's an art gallery under there now, and both of the 600V traction substations have been repurposed for decidedly non-electrical uses and stripped of their equipment...oh well. The left-side door represents failed dreams and unmet expectations in a city that seems to blow its chances whenever it gets a shot at doing something big...same goes for the Interurban Extension of the Shaker Lines (Green line to Mayfield, Blue Line to North Randall or Solon), the completion of the Waterfront loop (street-running light rail returns to Cleveland!) the Red Line to Euclid (which is back up for consideration again, maybe it'll go through this time) and the Red Line extension to Berea (They should at least try to reach the I-X Center, which is just on the other side of Hopkins, which is where the current terminus is.)