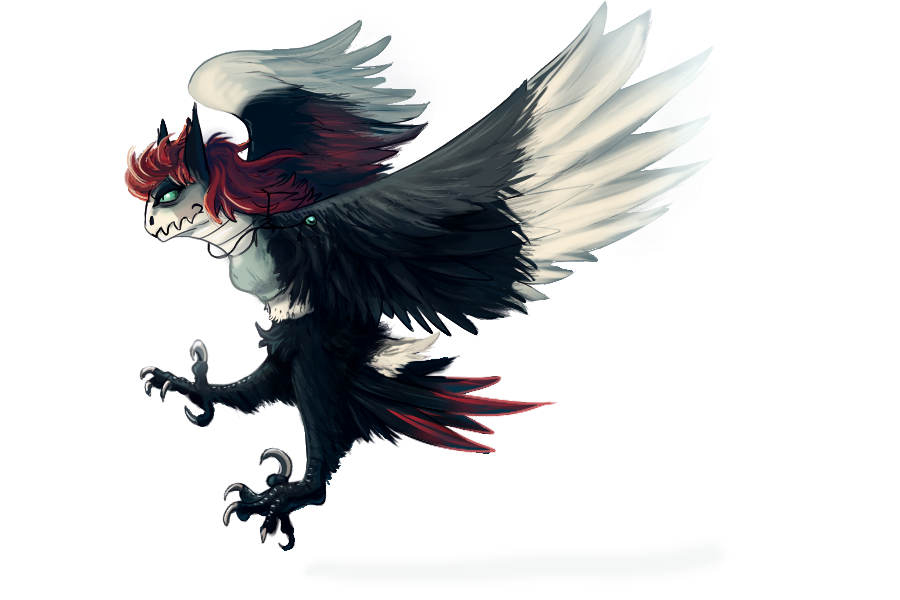 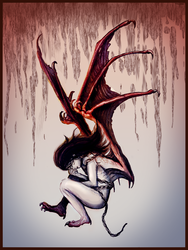 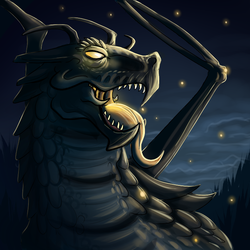 Oh hello, so I decided to that in the middle of my exams it'd be a great idea to do that 30 Day monster girl challenge. Standard ahaaa. (Except I could never keep up with 30 days, so it'll be 'Whenever I feel like drawing it' Monster Girl Challenege 8) )

Okay so I was a bit unsure of this one, mostly because I always thought Harpies were super creepy or something. It's their posture idk... (Also do Harpies have forearms? I saw some depictions of them like that, but I thought the original myth just had wings? shrug)

ANYWAY. She's based on raptors and crowned eagles (dem ear tufts). Her colourations are somewhat like a reverse magpie...That she has black+ white feathers with glints of red, instead of blue.
Her head shape was somewhat inspired by avian Pokemon such as Lugia and Latios/as. I really like the smooth head structure on avian creatures, for some reason??? I didn't want to just stick a beak on a human face, I tried sketching that and it scared the crap outta me so I had to start again. Mmmmhm.

Personality wise, she's kinda of off her head and might just gut you for looking at her funny. She moves energetically and sporadically. Very clumsy on her feet, but quite swift in the air, naturally. Eats rabbits whole. Especially pet ones.... She's nasty.

I guess overall she's more a monster than she is girl...ahawhoops.
And she's unnamed as of yet, can't find something suitable.

ALSO for the 30 or so characters that I will be designing, there's NO WAY in HELL I can keep them all, so I may put a few up for sale by the end of it. So keep tuned in case you see a design you like ;v; (Although not this one, I like her ahh :> )