Who knows. Am I falling apart? by Taluns 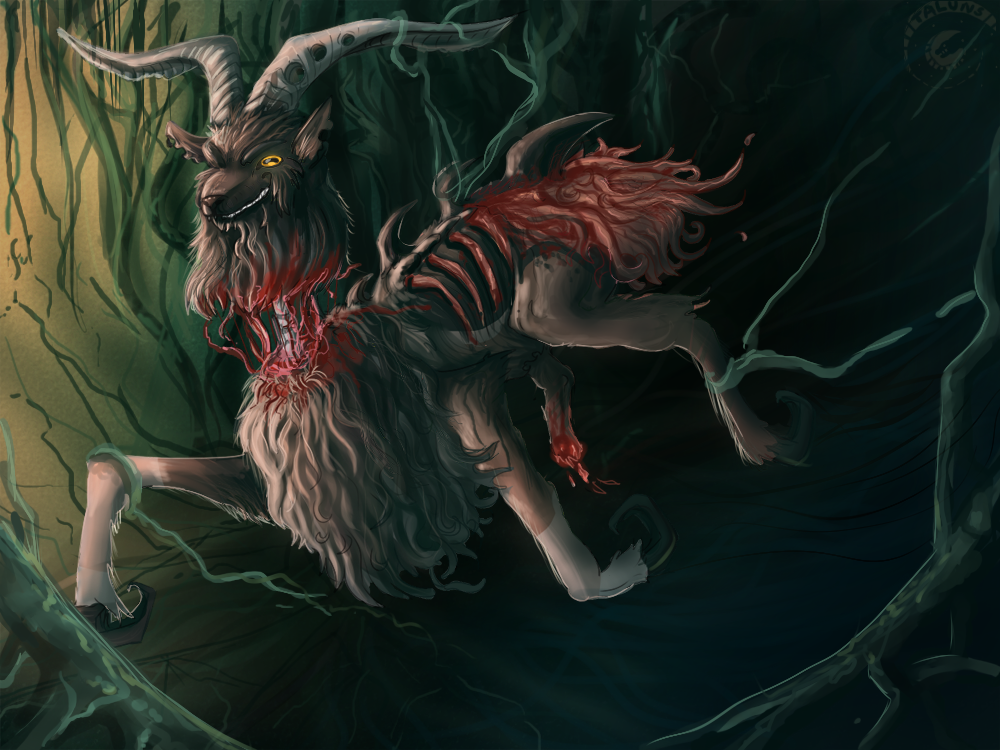 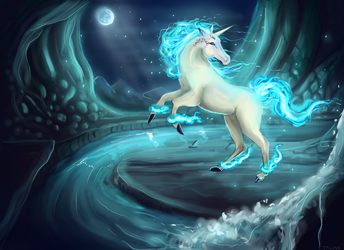 Who knows. Am I falling apart?

The concept behind this is not some random goregoat. He's actually a messenger from the underworld, which was inspired by the association of goats with demons.
However, as he travels from the underworld to earth, he must adopt a 'worldly body', something that can sustain him in a world in which he doesn't usually inhabit.
(He is based of a Valais Blackneck. However I haven't decided on a definite colour scheme ;x; )

As he travels between the two worlds, his body is ripped apart and reassembled in a heartbeat.
I kind of wanted to capture him mid-transformation.
So parts of his flesh are winding and shooting back into his body. Tried to make it look almost like flowing fur.

The stringy green background was meant to portray the space he travels through, almost like falling through vines/links that hold the two worlds together.

Dont have a name for his yet ;; Been calling him 'MoonEye' because of his glowey yellow eyes. Haha so dumb.