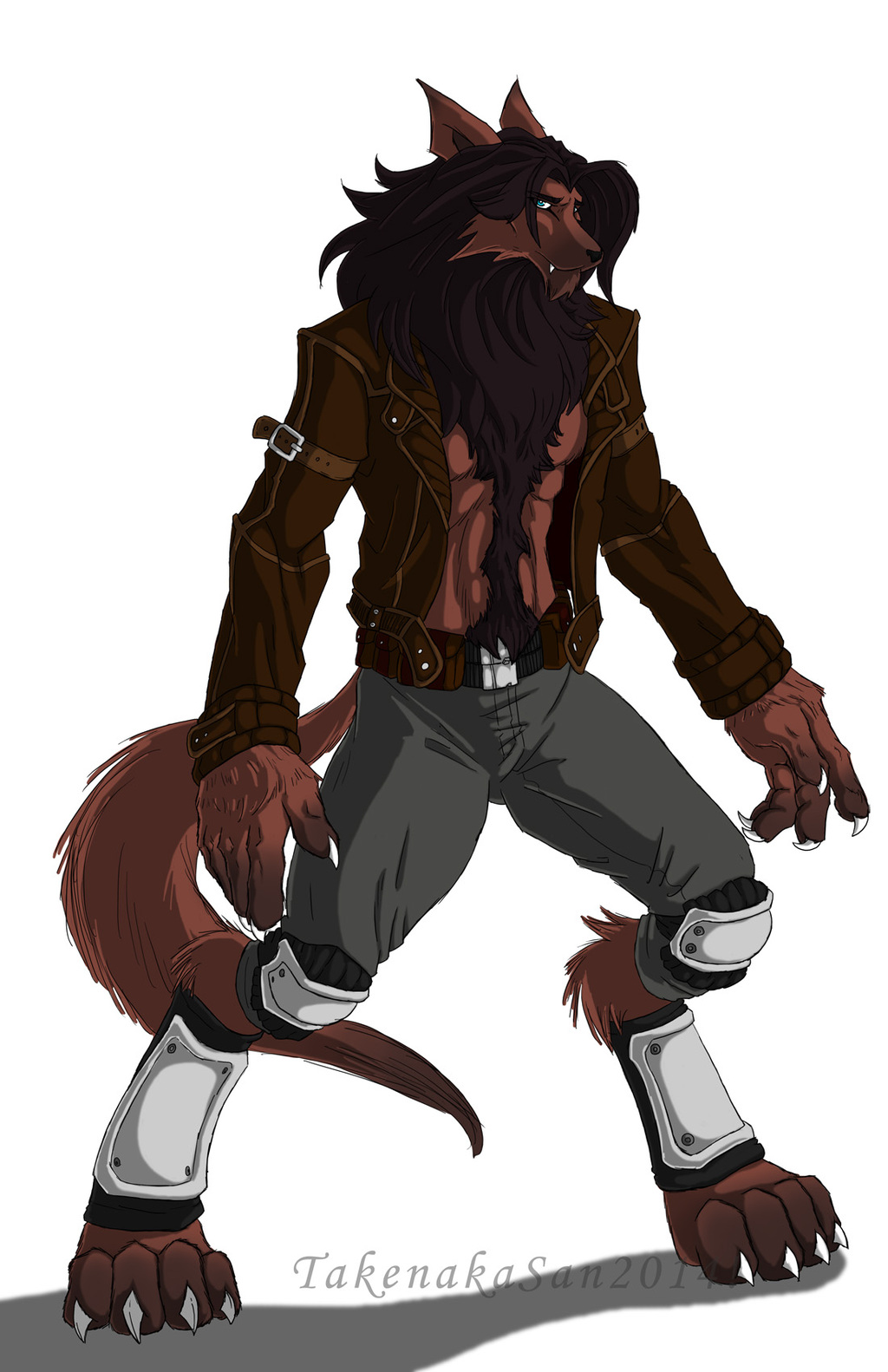 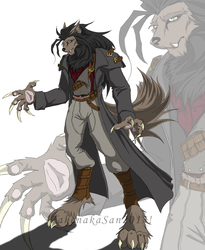 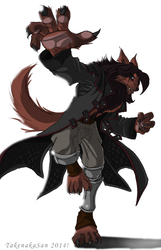 Alister is the werewolf pilot of the Zephyr: a freighter hovership that moonlights as a smuggling vessel for contraband and other less-than-legal items. He's often moody and brash; acting before thinking. He's balanced out by his co-pilot Se'san; a desert wanderer who seems to be wiser beyond his years.