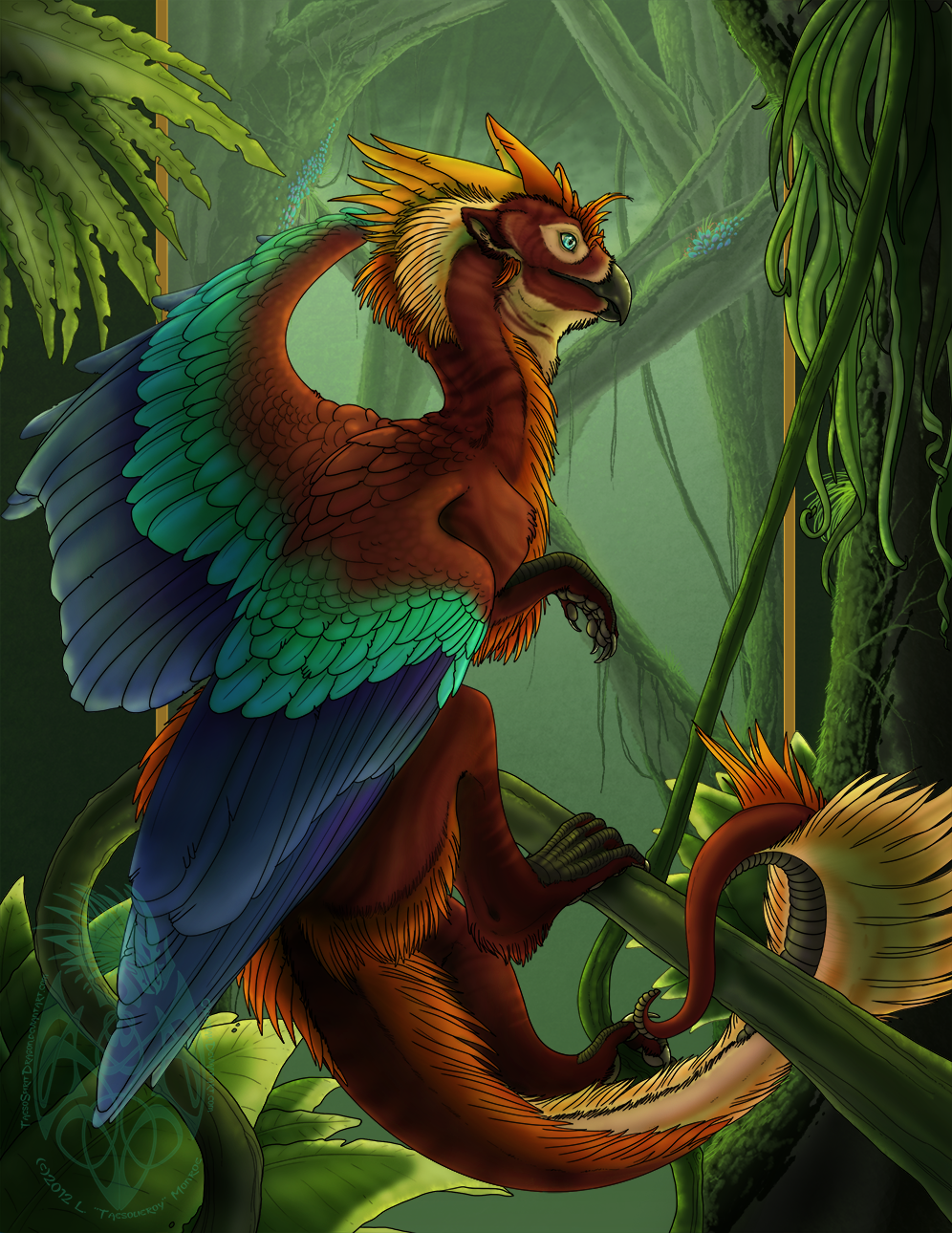 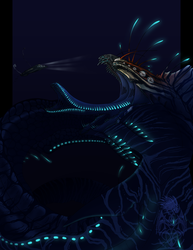 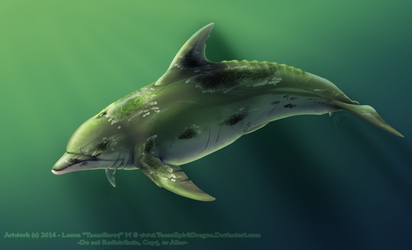 This is a redraw of an older image than Hyrrashii's, and an experiment in some new methods of speed-painting trees.. I think I had too much fun with the moss >_>

One of the reasons I made the back trees hazy instead of leaving it the way my watchers on Livestream saw them, before the layers caused LS to go yellow-bellied right before I started shading the dragon and his foreground plants >_<, is because I intended them to be a 'backdrop' and not the focus of attention.

I also played with a different style of borders, like the ones on Hyrrashii that are solid black - I didn't want to detract entirely from the scene with solid black, so I made it something similar to an album with the colored edges.

Either way, I think I may offer this up as an option for the full-color section, however, for a background of that calibre it'd be more expensive. The reason I say is because the hours I spent alone coloring the darned thing is such that if I charged by the hour ($12 being my rate per hour) on just today alone, this piece would sink the commissioner by $110 - and that doesn't even cover the lineart/flatcolor setup/prepwork prior to that (lineart took roughly 2-3 hours for the entirety of digital and traditional inking, separating the clusters for their own groups roughly took an additional hour, and flat color about an hour). The total one would be looking at for this piece if charged by the hour sums up to about $170 round total. Now I don't charge anywhere near that YET, but eventually that's what we'll be looking at down the road.