Into the Evening Light by Taesolieroy 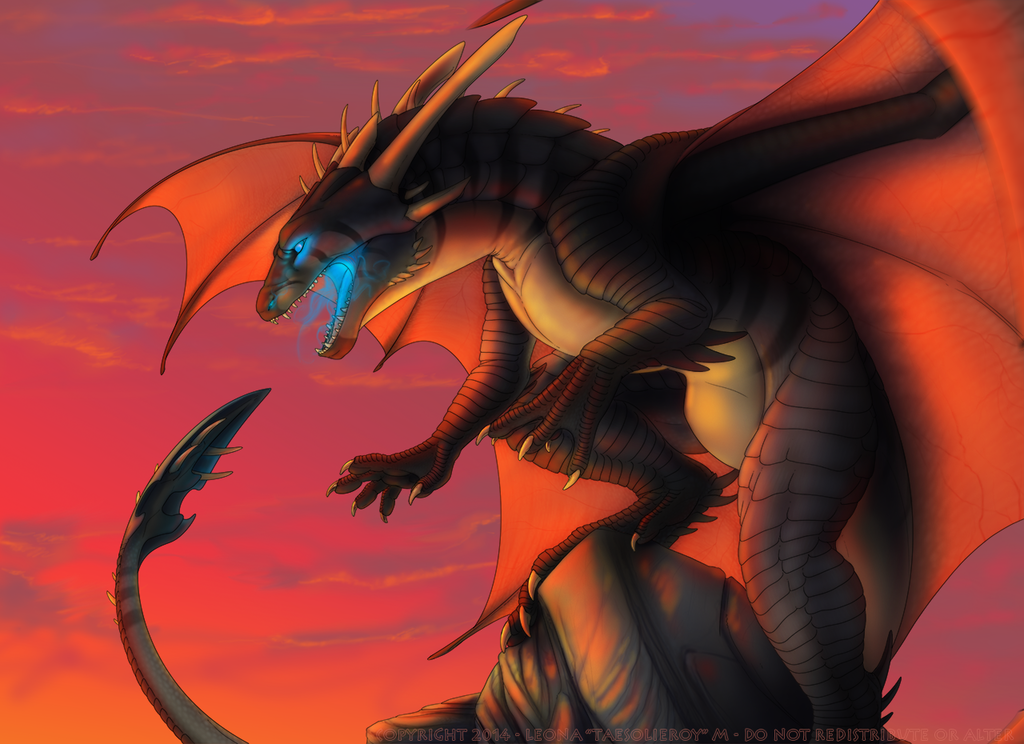 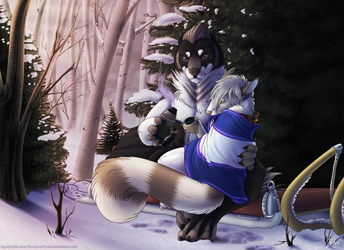 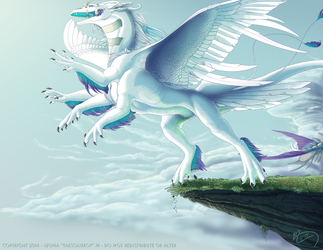 Into the Evening Light

This was an interesting piece to work with namely in the glowing effects and messing with a different kind of lighting than what I normally will pull off, and at a different direction than usual. Doing sunsets and rough clouds based on some evenings I've witnessed here in Georgia was an interesting challenge, and told me I still need to work on my clouds o.o

Originally I had sketched out a fairly generic side-standing pose of Meerin just being all hulky/rawry, but it didn't feel right to me and I chose to go with this composition instead. One new thing I did differently with this was how I approached shading the rock and veining in the wings themselves, which are a combination of shadow layer and actual coloration. I couldn't remember if vapors formed when she's in her glow state or not, so I figure one could consider them as breath on a fairly chill day or she's at a high enough altitude for it to form and refract light!