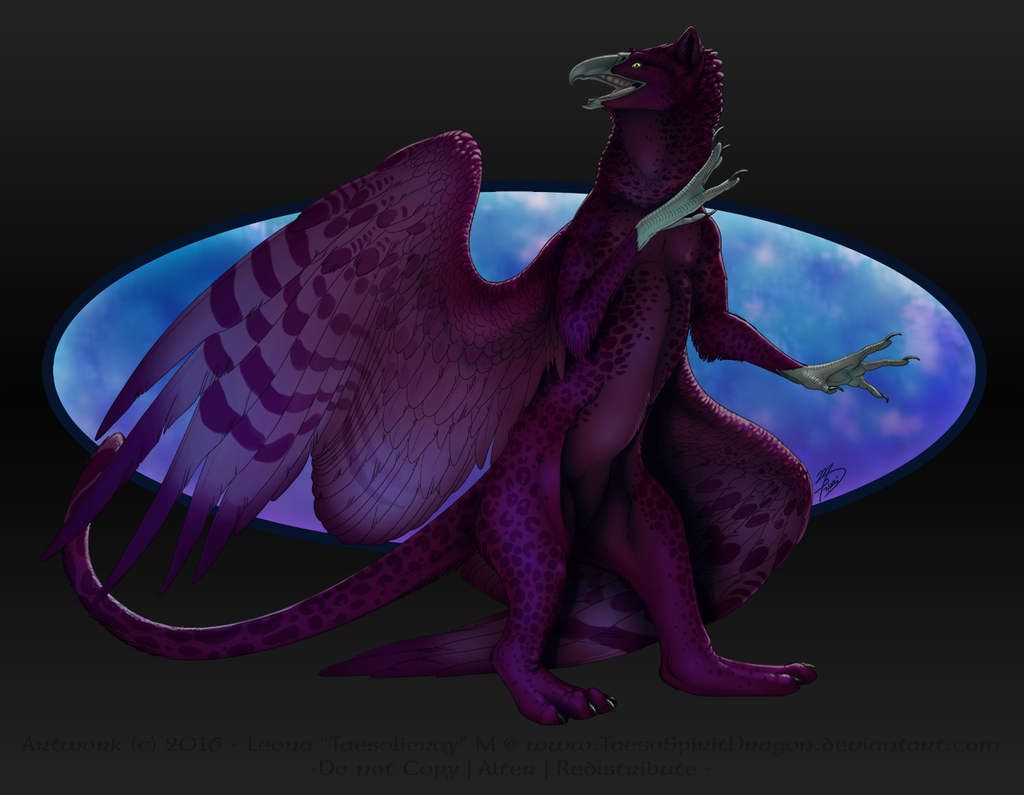 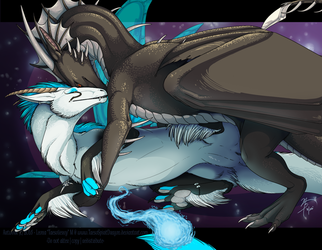 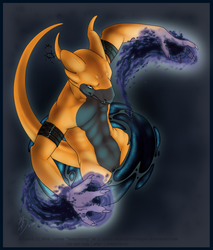 Waay overdue prize piece for DarknessFalls from FlightRising who won this piece from a contest when I was far more active on there >_>; A lot of things have suffered on the wayside with the insanity my life had become, but I made sure I was going to deliver dagummit!

This one was an experiment in lighting shifts, and multiple light sources. Wanted to try to pull off a back lit setting with a low-angle cast light, hence the lack of fur/feather texturing. The end effect is neat, but I still need to learn a bit about multiple lights. Also wanted to do a gryphon in a pose I don't typically see them depicted in.

I almost put the background as transparent, but I realized with a color test that it would just about destroy the back lit edging XP