Most recent: You Can't Escape Freedom! 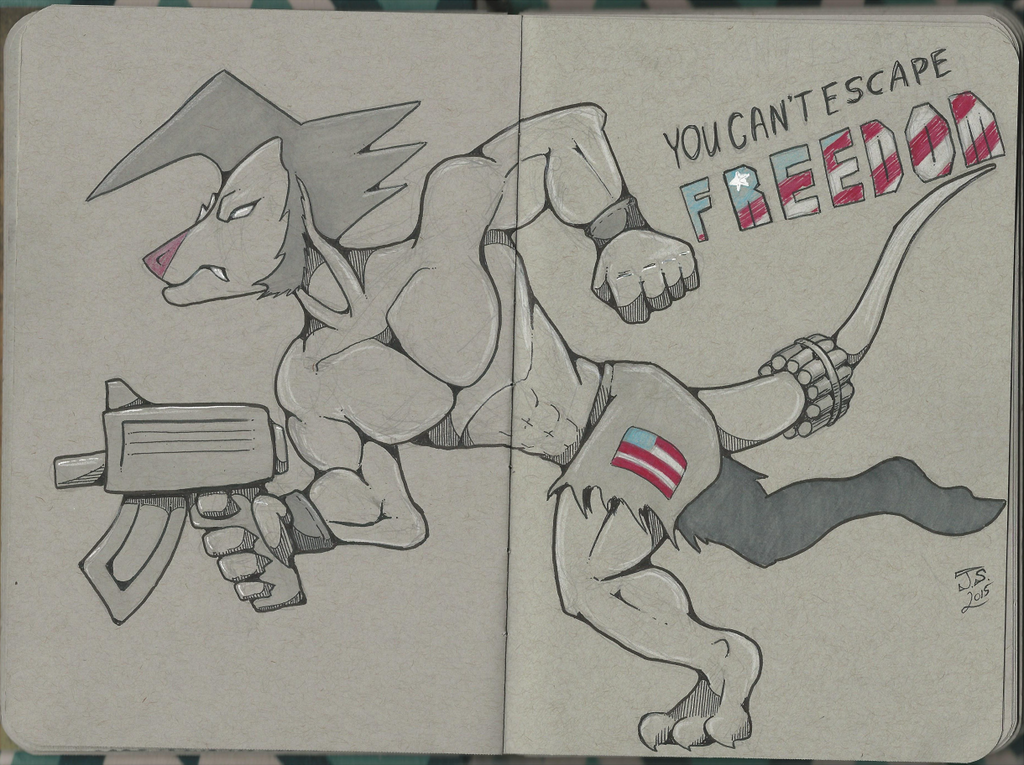 So coming back from MFF now, sitting in the airport and contemplating all that went on. I realized that I seem to still need the positive opinions of others and find myself discouraged when folks don't come by my table to see what I have and what I'm up to.
However, I also was able to see just how much some of my fridge just want to BE with me because of who I am. They didn't care so much about what I was doing, but that I was THERE. this is one of the biggest reasons i go to these conventions.
To say that this was a convertion of "shifted plans" would be a bit of an understatement as late Saturday night, around 2am, someone set off an intentional gas device in the hotel and the whole place had to be evacuated... And with the final count of the con that means 4600 people or more! We couldn't grab coats or anything as we were evacuated across the street... Some people didn't even have shoes on for the cold cold Chicago night. Thankfully, after about a half hour of being out there we were all moved into the convention center where there was a dog show storing their dog, so it was heated and warm. For the next hour and half we had no idea what was really happening beyond a possible gas leak or bomb or something dealing with chlorine. We all (yes, all 4600 of us) gathered in the center and started chattering, drawing, playing whatever portable games we had on hand or trying to sleep on the concrete floor. It was memorable to say the least. But finally, around 4am, we were let into the hotel again with the "all clear" and got to head to bed.. But it's hard to sleep when you've been so cold and your mind is racing.
Eventually exhaustion takes over and one sleeps.
There's been a lot to think about, and Praise the Lord myself and my friends are all doing alright. I sit in the airport waiting to head home.. And despite the issues that came up and the bitter cold outside, I still would love for those weekend to go on. I miss my friends already and I pray they have pleasant and uneventful trips back to their homes as well.