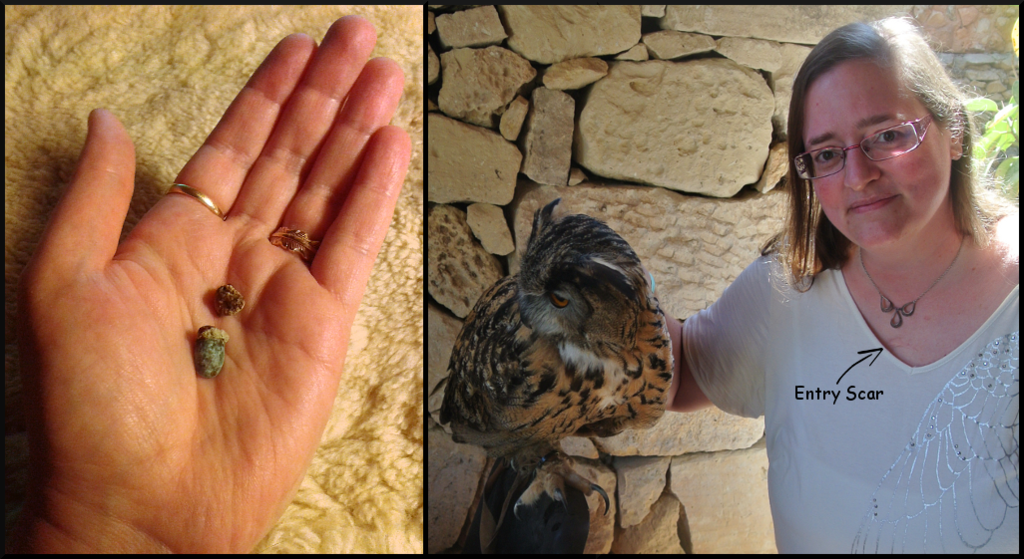 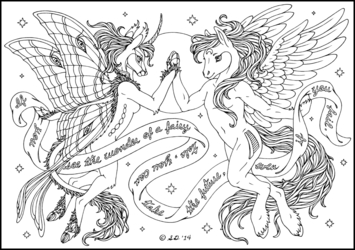 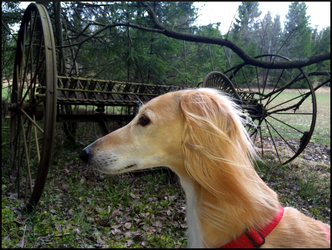 I don't normally share really personal stuff here, but I wanted to share this. Some of you (my close friends) know that I was shot in the chest by accident when was nine, but most of you don't. Now, as of the first week of March, it has finally been removed (thanks to Norway's free healthcare, as I could never have afforded this back when I lived in the US). I carried it (both pieces, since it broke in half) deep within my upper right lung for 33 years, and it caused me a lifetime of problems, from chronic coughing up blood to chest pains, any time I tried to exercise, laugh out loud, yell, or bounce up and down...basically, anything that moved my lung around. I also gained a lot of weight during 3 pregnancies, and could never work it off afterwards because of the bullet, so I'm still struggling to lose it (having hypothyroidism, chronic fatigue and fibromyalgia doesn't help much with that either). The upper lung was also bound to the chest wall by scar tissue (to where the entry wound was, which you can see the scar of in the image), and that had to be cut away too, and they had to open up my ribcage to get to it all. Now I have a 7 inch scar wrapping around my side, and still am in some pain from that, as well as from the lung and sternum, where they were both cut, but it's slowly passing. As least the bullet is out now, and I can hope to get some semblance of my life back again. I would love nothing more than to actually be able to jog, since, before I was shot, I was the fastest sprinter in my elementary school, and afterwards, could never run again. So who knows what my life might have been, had it not been for the bullet...but it's not something I can dwell on. Anyways, wish me luck! :)