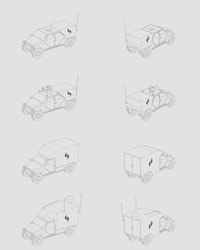 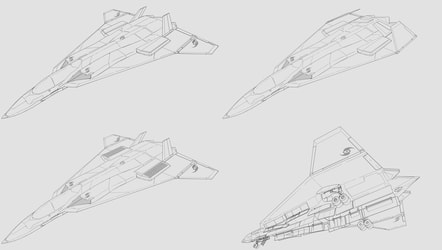 The Tolesian OWS-2P5 Machine Pistol combines an integrally suppressed sub-machine and pistol into one distinct weapon that could fulfill both roles. The logic behind this decision was that it would be easier to train on and supply with one weapon. However, multiple issues were revealed during testing, such as instability and inaccuracy during fully automatic or burst fire. Even with a heat-resistant shield, it was also found that the suppressor became too hot for personnel to handle without risking injury. This resulted in an optional exterior shell being created that provided the benefits of an SMG while mostly keeping the benefits of simplified manufacturing. While the pistol magazine can fit an impressive 24 6x12mm rounds, an extended magazine was created that gave a much higher ammunition capacity of 48 rounds.

This pistol is the primary weapon of Planetary Defense Forces Gendarmerie and its Special Situation Tactical Teams (SSTTs). It is also the primary sidearm of Imperial Marines and Naval personnel.

Another great pic by hard_lighter.