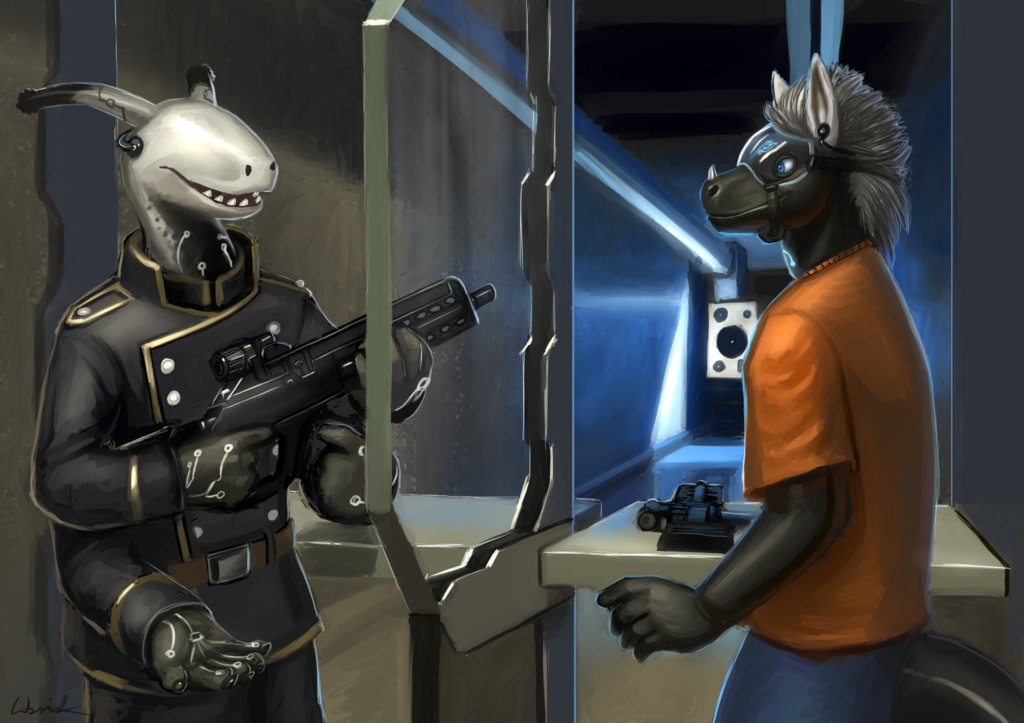 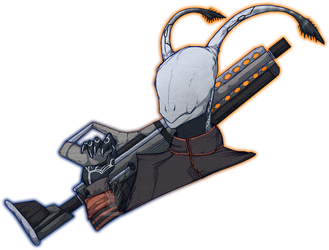 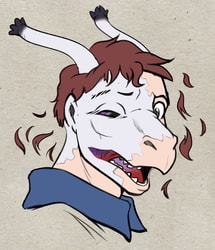 "As you can see on the TWI-3C, there are four selections for firing mode on the selector switch." The AI-controlled Biodrone of SvarOS started, having taken the drake to the station shooting range for Tolesian weaponry practice. "First is safe with a mechanical interlock that keeps you from accidentally pulling the trigger." The drone demonstrated the mode by pulling the trigger on the weapon while aiming it downrange. The trigger was unmoving, and the carbine did not fire. He took his finger off the trigger and clicked it to the next setting. "The second is a semi-automatic mode on the one square, firing one round for every trigger squeeze. The next is a five-round burst on the selector switch." The biodrone clicked the selector with his thumb to the following setting, "That's what this symbol means in Tolesian, by the way, five. Pull the trigger once and the mechanics in the receiver fires five rounds in approximately 100 milliseconds, making it feel like one larger impulse. This allows multiple bullets to land on target without wasting ammunition." The drone then clicked to the last setting. "Finally, this last mode with the infinity symbol in Tolesian, is fully automatic. The carbine will fire at 700 rounds per minute and will empty the magazine in about ten seconds. All of this holds true for the other variants as well, the TWI-3R rifle and 3P Personal Defense Weapon. Any questions?"

"...Can you start over?" Syralth said with a blush.

"Were you not paying attention?" The biodrone replied, somewhat surprised.

"I was distracted by how sexy you look with a gun." The drake replied with a toothy grin.

"... And you call me corny. Sigh... Alright, From the top..." The biodrone responded with a huff and blush of his own.

Done by the ever awesome Rhaenjarr and featuring the ever cute MadFluffball.