Magnolia the Hybrid Artink by Surge64 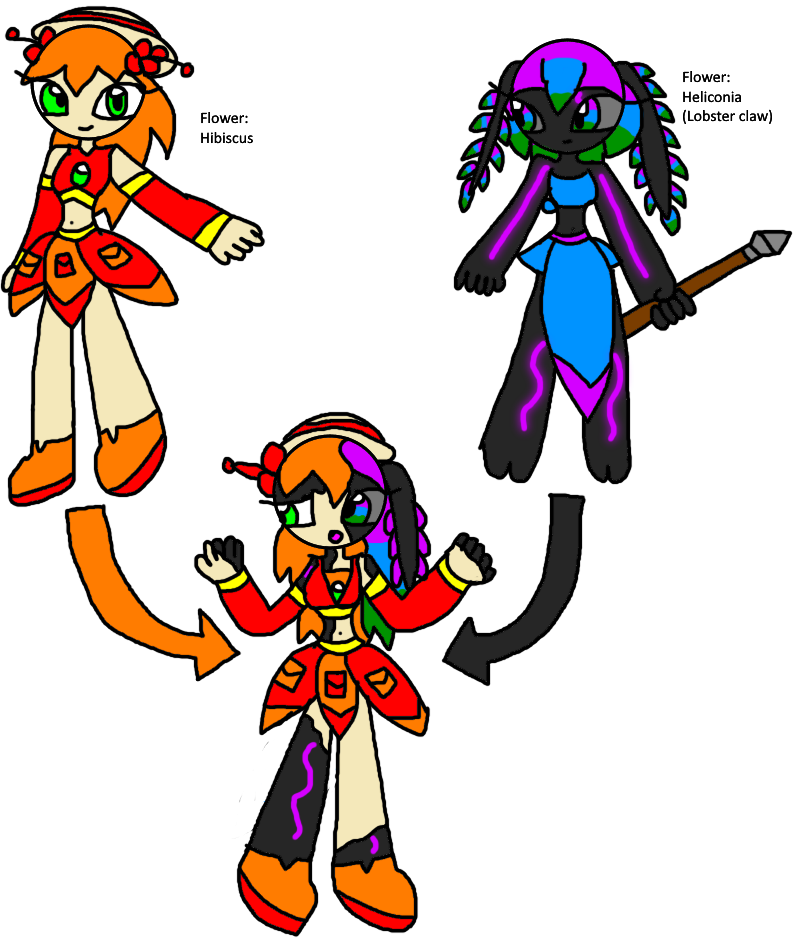 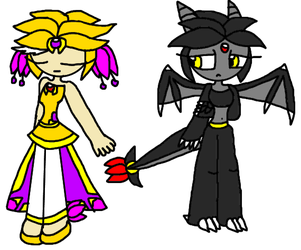 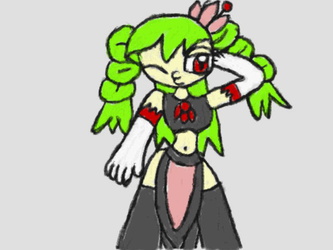 Bio:
Mari was exploring the jungles of Gorganos on a trip from Astria. There she met an inkdrian named Lola who agreed to guide her through Gorganos's jungles. Eventually, the two came across a temple. Upon entering, the two discovered a magic pedestal and a stone tablet. Lola read that the statue would cast a spell that could fuse two beings into one. Mari came up and read that to perform the ritual, they would need the following items: the Magic Skull of an Okukuga, the Diadem of the Jungle, the Mask of Unity, and the Crystal of Duality. Upon reading, Mari wanted to try the spell, but Lola wasn't too sure about it. Mari brought Lola along and had her guide her to the places where the items were kept. Upon gathering them all, Mari cheerfully brought them to the temple, with Lola reluctantly following. Mari placed the items inside the circle, and recited the incantation. A blinding flash of light engulfed the two. When it was over, Lola was shocked to see that she no longer had a body and was trapped in Mari's body, and Mari was shocked to see Lola's ink on her, and that it wouldn't come off. Mari and Lola had been turned into a hybrid artink as a result of the ritual. Lola told Mari of the Roble clan who lived in Gorganos's jungle. The two made their way to the Roble Clan's part of the woods. There, Willow told them that as a result of the ritual, that they were now a hybrid artink, and she told them that the Staff of Defusion, which was hidden somewhere in the Surge Dimension, could defuse them back into themselves. The two agreed on the name Magnolia, and are on a quest for the Staff of Defusion.