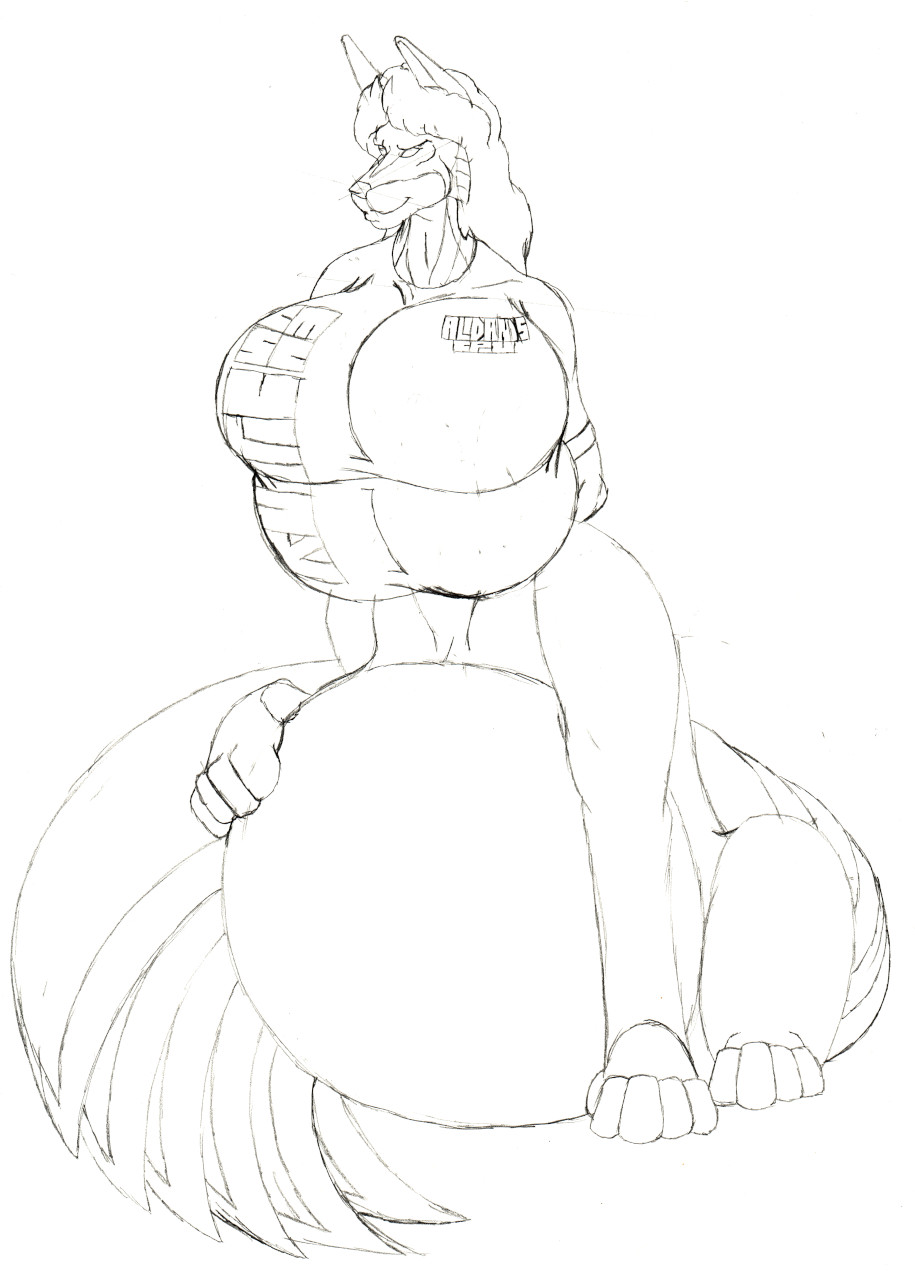 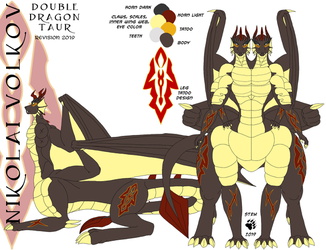 The text on the left side reads "CMSC ROTC" and on hir right reads "ALDANIS - CPU". The idea is that in the canon Canmephian Universe, Lt. Occam does encounter the fertility goddess, becoming possessed by her. The goddess then tried to spread out, but Canmephian Space Command personnel noticed and subduded her. While in a medically induced coma, the fertility goddess and Occam fought, which the goddess unable to handle the hermaphrodite's body and all it had, before telepathic assistance arrived in the form of Level 8 TPK Active medics.

The goddess was driven out, but not before leaving her mark on Lt. Occam -- leaving hir permamently pregnant and with completely white eyes (similar to that of Oracle class Wolfskunks). Unfit for regular duties and in need of medical observation, a deal was struck with College Park University. Lt. Occam would help as "den mother" to the ROTC program in exchange for room, board, and tuition. By this time, the Naming Act of 6001 was passed, and Lt. Occam chose the last name of Aldanis.

Now Lt. Commander Aldanis spends her time auditing classes, consoling new cadets, and being a cushycouch. Hir breasts have slowly but steadily grown over the years, but to this day, shi has never given birth. Shi is credited with helping treat Breeder class WolfSkunks who develop a pregnancy fetish that impacts their mental health.