The Adventure Just Got Bigger by StrongerThanDirt 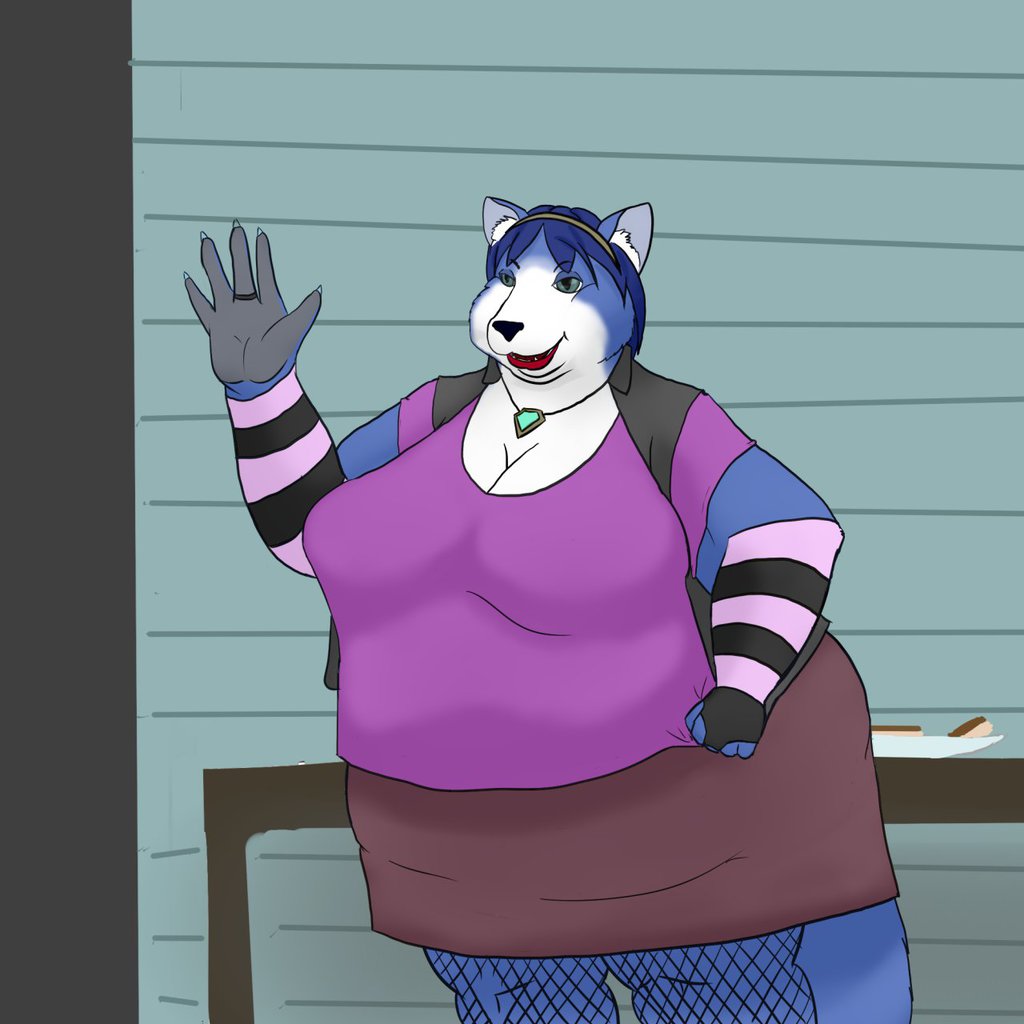 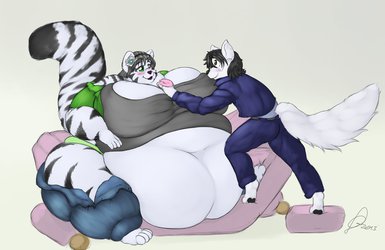 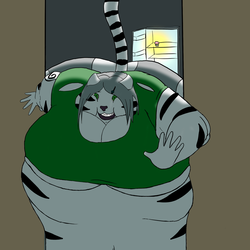 The Adventure Just Got Bigger

Back in 2012, disgruntled ex-Rare employees had sent invitations to the old Starfox crew. It had been several years since there was a proper Starfox game and no one had seen Krystal since Command, which was 6 years prior.

Fox, Falco, Slippy, Peppy and all the rest gathered in an old studio, ready to take on their roles. "We're going to remake Adventures!" A man from the crew stated, to which they all moaned. They knew it was one of their most mocked games.

"You really didn't see her, man?" Falco replied, "She's over at the snack table."

Fox glanced over to see an enormous woman that was easily 4 times the size of what he expected. What happened to the lithe, athletic Krystal he knew? The woman turned around, and sure enough, once he saw her face he knew it was her.

She raised a paw, "Hey Fox, it's been a while!" Fox had to think for a moment before he could respond. "H-hey, Krystal! You've... changed." She laughed, "Yeah, I put on a few. No biggie though." She munched down another donut, gave Fox a big hug and carried herself to the back room where her old outfit was waiting. Fox blushed hard,"So... you guys noticed that-"

"Yeah." They all replied. They knew the issue and it'd take months, maybe years for her to lose all that weight. Fox kept thinking about it though. Blushing all the while. That hug did feel nice. "I guess we just have to CG a lot of the scenes with her..." one of the crew hands said.

Krystal walked back on stage, now in her old bikini on, clearly modified to barely fit around her massive form. "It still fits, see?" She giggled. Fox's face was beet red and everyone just sighed and started packing up. "We're done here, folks. Your check's in the mail..."

Krystal sighed and looked down at her own body, tearing up. Fox slowly walked up to her and gave her a massive hug. "H-hey... you wanna come by my place later? We can get some dinner, maybe a movie? ...You're not seeing anyone, are you?"

Krystal shook her head, wiped a tear from her eye and smiled. "Nope. And I'd love to." Fox grinned and held her tightly. She responded with wrapping her own fat arms around him.

They held that pose for a while, then grabbed their things and left. Both much happier than before.