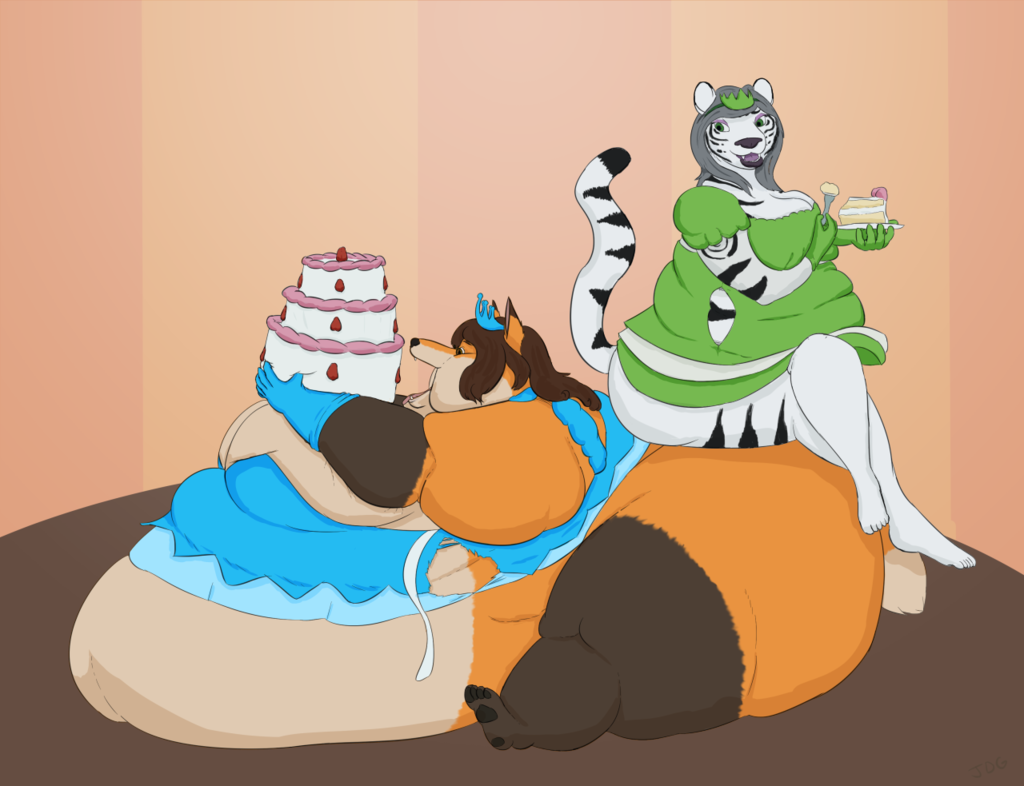 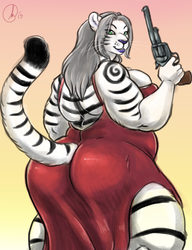 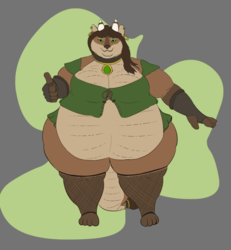 (After a long time coming. Apologies to   mana_the_vixen for taking so long!)

It had been several minutes since the game began. Jessica had shown Mana the "ropes" (the ones that mostly just involved eating cake) and as Mana ate, she found herself growing at a rather steady pace. Her dress became taut as he body filled and soon overflowed it. She hungrily scarfed down slice after slice until it wasn't enough. She soon began munching on whole cakes.

Her body bloated to a point where standing became difficult, her dress was slowly tearing apart at the seams, and soon she found herself plopping down onto the floor with a large thud! This, however, did not discourage her. And Jess was more than willing to help.

"This is fun!" Mana exclaimed, excited, shoving another cake into her maw, licking her face completely clean "How do we win?"

"Winning really isn't the goal, I suppose~" Jess pondered with a smirk, "Mostly just getting the 'high score'."

"High score?" Mana questioned, then noticing that Jess had shrunk down a little. "H-hey! What's happening?"

"Oh, right~ I forgot to explain." Jess chuckled, "If you stop eating for too long, the effects start to reverse. Just like the video game!"

"Ahh." Mana nodded, "I want to go for the high score though! Do we have enough?"

A big smile came over Jess' face. "Absolutely, we do." She said, "You'll beat the high score in no time~"

Jess, and art belong to me.