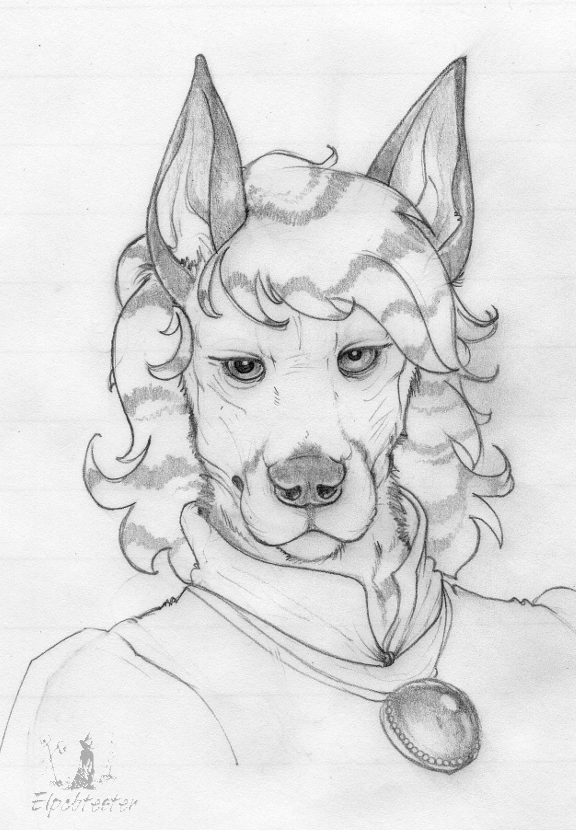 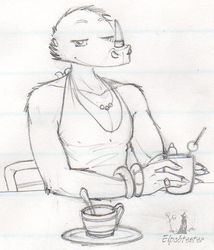 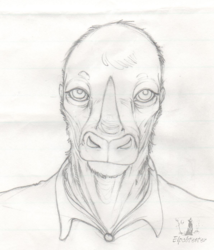 Another attempt to give a more realistic appearance to my characters, this time depicting an anthro striped-hyena, the psychiatrist and Countess Keino Livat, a middle-aged woman. :3
Uhm... not a member of the hyaenidae family exactly, but a similar alien species vaguely resembling striped hyenas ( most of my characters looks pretty much like living and extinct creatures of our world).

She's a very gloomy and cold-hearted person, mostly because her life has been very hard and troubled, since the day she was born; she's been working a long time as a deputy warden in a penitentiary and manages the psychiatric prison placed in a wing of the same building; don't ask me why a noblewoman must work to survive XD I'm lazy, don't want to explain that. :P