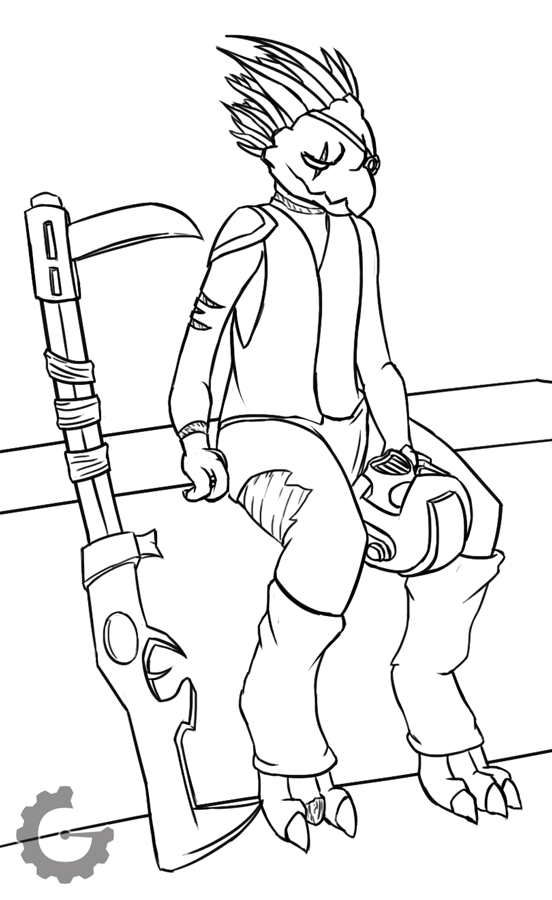 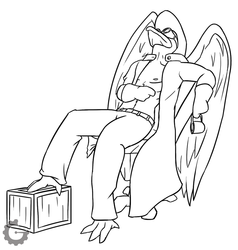 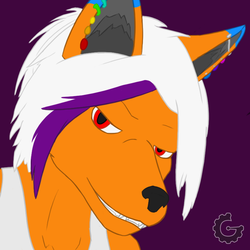 I was streaming last night while working on another picture, and ended up getting a fella who commissioned me to draw two of his characters.

This is the other character. He's a Kroot, which is a species I just found out about yesterday and I kinda really loved drawing. May have to do more of them. They're apparently some sort of vicious avian species in the Warhammer universe. He's contemplating his most recent battle.