Selene and the whaler by Strega 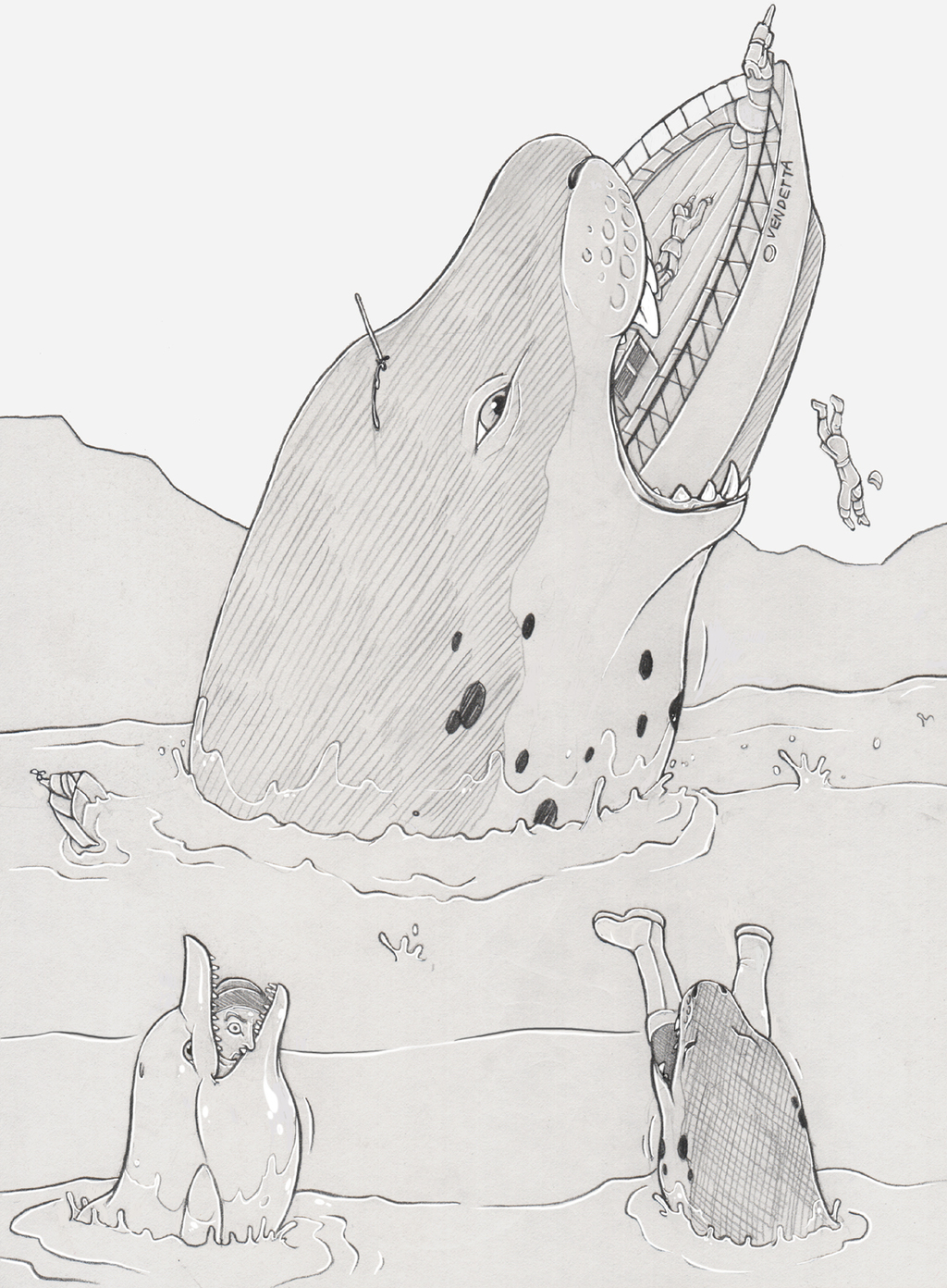 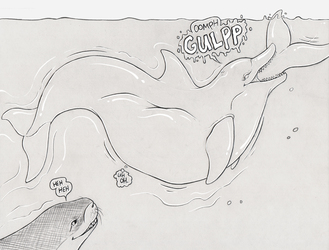 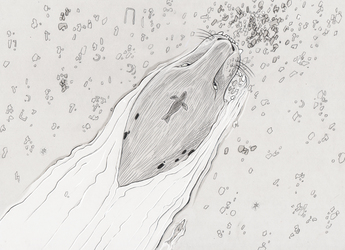 Selene and the whaler

Then came the day, much later in her life, when a "catcher ship" out hunting whales, fired a harpoon into Selene, by this time larger than any whale who ever lived.

Vendetta had a crew of 21. Sixteen of them went down her throat with the ship, some surviving for more than an hour as her digestive juices slowly ate into the ship. Eventually the last bulkhead failed and they were consumed by acid. One jumped into the water as the ship was eaten and drowned, weakened by hypothermia. His body was later found by Selene's mother and swallowed whole.

One managed to climb into a lifeboat and launch it only to ride it into Selene's alimentary canal when she swallowed him lifeboat and all.

The remaining crew got a short trip through a dolphin's guts in one case and a nice warm sealskin coat for the other two, courtesy of Selene's dolphin friend Whistle-Click and her mother respectively. Hey, at least they were warm. That water is frigid!

Whistle and Aida, Selene's mother, refer to this as "scraps from her table". Selene takes the big stuff, they get the leftovers. They just have to stay well away lest they get eaten accidentally. It's worth it since in this one hunt Whistle got a whole human (and could have had two if she wanted) while Aida swam heavily off to a nice beach to lie up and digest three men.

A significant chunk of the sea around Antarctica eventually became a no-go zone for ships. Selene ultimately grew to such a size that even cruise ships and whaling factory ships weren't safe.