A Gathering Of Goddesses III: Kneeside by Stampy 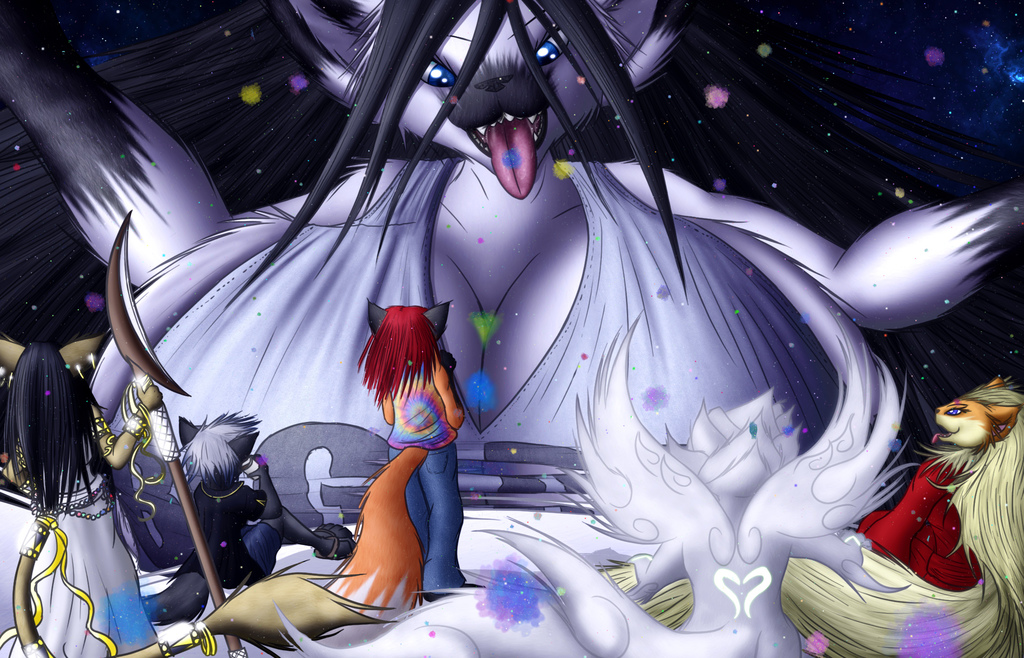 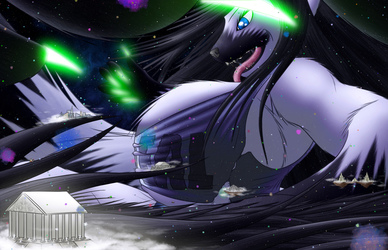 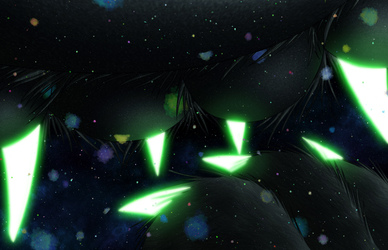 A Gathering Of Goddesses III: Kneeside

.. And so I figured, hey, I should totally bring some friends along for the ride! So I just teleported you all here and shared out some of my current growth with you. It'll be tricky, but I THINK I can at least keep you all big enough to see and hear and stuff! Well, with our divine senses, I mean. I figured it'd be a fun little hangout, our own personal gathering of goddesses!

So, how is everyone doing? What've you all been up to? Are you all growing so fast your own Pantheons can barely keep up with you (and if not, can I help you with it)? Met any cool new folks who are fun to hang out with? Played any cool (and/or growy) games? Had any totally awesome paw massages? Just go for it and speak up!

The assembled crew today starts with Kiya, an Egyptian Sphinx who is normally mostly mortal. In times of trouble, the Egyptian pantheon will sometimes grant her great divine powers with which to protect the lands of Egypt. However, the skill and aptitude with which she wields her powers while a demigoddess raise the question if she might not be something more than just an ordinary sphinx... Throwing a power boost from Sunny into the equation sort of shortcuts an answer, though!

's Zoe, also originally a mortal feline, now very definitely a full-time goddess. Her singular mastery of the support desk earned her an invite to become a Goddess of IT, which is a position every bit as silly yet important as it probably sounds. There's rumors about that she's gotten a promotion recently to Zoe 2.0, Goddess of Technology, but regardless of her rank or power, the black cat needs a constant stream of fresh coffee to run on.

's Crissy, who has had some ups and downs growing up as a goddess! Because of her impressive power, she was allowed to take control of her family's entire pantheon, but the sudden increase in paperwork and boring divine social functions and the like are really cramping her style (her style is tie-die; everything tie-die, especially shirts, forever). She's also had some difficulties getting to grips with her sheer strength, but surely having friends like Okamitsune will help with keeping her size and power under control. Surely.

's ever-lovely Kami Andura, a kind and gentle wolf goddess who was born from the wishes of a dying world. Although she was lost and confused at first, her caring heart guided her to restoring the planet to life and beauty. As the world grew and strengthened, so too did she, and now Kami has started to turn her eyes towards the other empty worlds and spaces of her local cosmos. She hopes to some day be strong enough to transform her entire universe into a resplendent utopia, a mission Okamitsune is glad to help guide her on (for better or worse, given Sunny's silliness).

's Karin, who is still best described as "one of those really big, really friendly dogs who think everyone in the world is their bestest best friend, ever, forever- except now with omnipotent power." Because, uh, that's what she is. Although she spent most of her life as a tiny, weak little Growlithe girl, she never stopped trying to help others. When the AEsir family adopted her universe to protect it, she had the perfect mindset to serve as its guardian goddess, so the AEsir family helped her evolve and tried to ascend her to a low level of goddesshood... But her body apparently had bigger ideas. In the span of a scant few weeks, the brand-new Arcagoddess grew so explosively that her power and size were only behind Okamitsune herself! Still humble and shy, Karin is the very model of a benevolent goddess, and dedicates her full power to helping others. That power will never be as great as Okamitsune's, but it's probably closer than anything else will ever be!

... Oh right, and Sunny is there as the back/fore/mid-ground. But you knew that already, I think!

And here we actually get a view showing what's actually going on. Sure, everyone was in the previous shot too, but I'm fairly sure nobody noticed them! Have a look back though,
they're definitely there.

Sunny's spending a "little" time with her fellow goddesses, (albeit at a much bigger size, because she's silly like that). Here we have Kiya who you are all probably familiar with, Zoe, Crissy, Kami and Karin enjoying one another's company.