Piercing The Heavens by Stampy 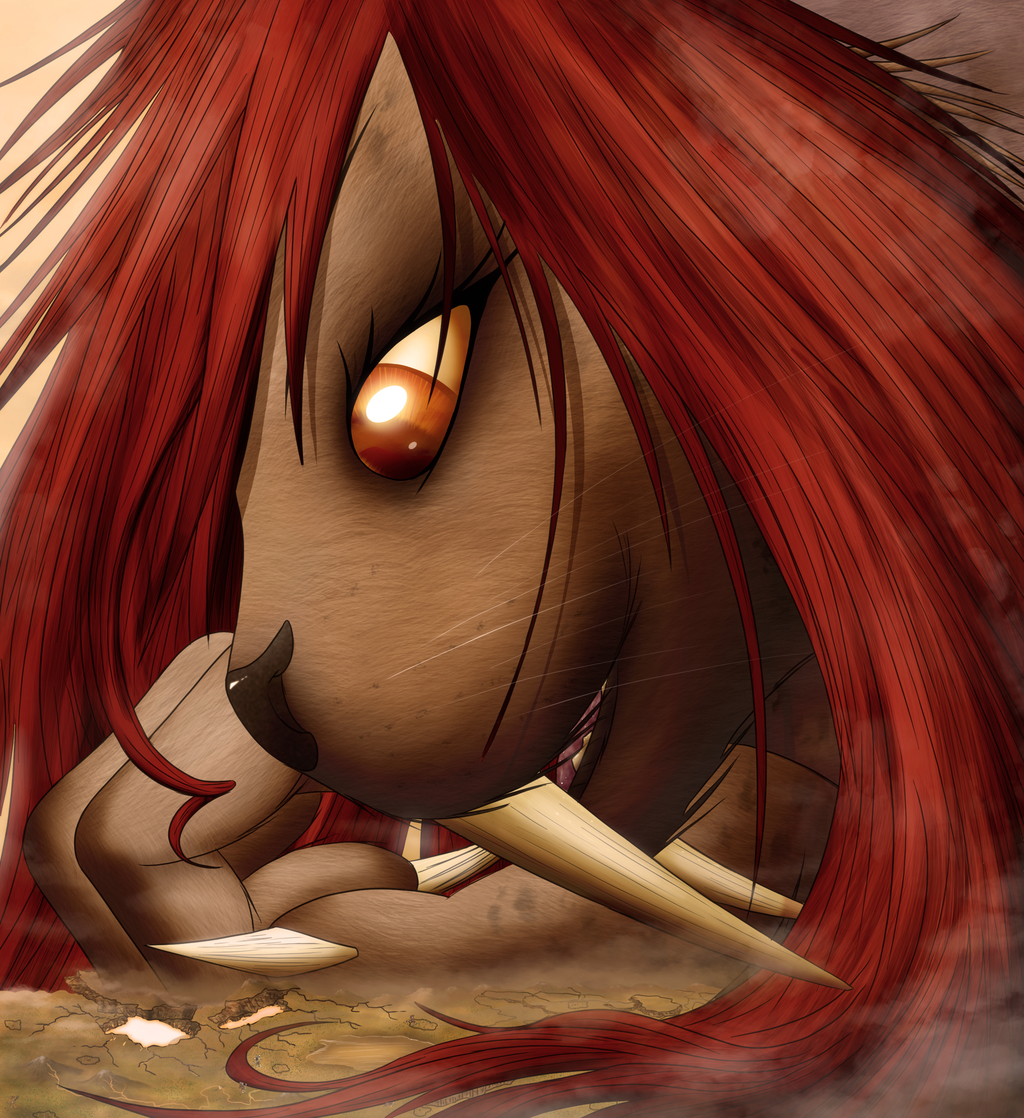 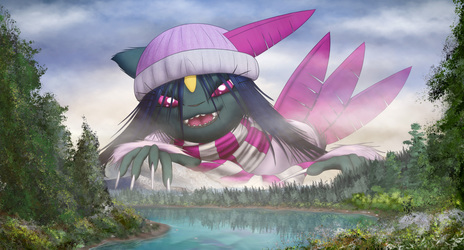 Fang loomed over the expansive wasteland, sprawling out over the ground as it started to give way under her expansive mass, surprised at just how small everything had become. The rival macros that were invading her territory were now as small as insects and the tiny tribal towns that she often feasted on herself were even smaller still, sheer mountains were uprooted and buckled into valleys under the weight of her hand alone. Her hair poured over the lands covering hundreds of square miles of land in a vast ocean of red hair.

There was very little the smaller giants could do, limited to merely staring blankly at the titanic Smilodon's face, her teeth, seemingly piercing the "heavens" as they powered through the clouds. All they could really do was hope that she wasn't hungry.

Fang has been getting to some quite ridiculous sizes as of late, and this might be one of the biggest to date. I'm really enjoying these close up angles of my characters. Also there was no way I could go without colouring this one, and I have to say I'm happy with the results.