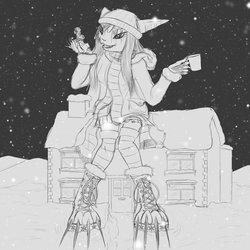 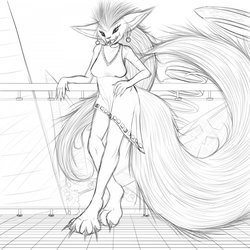 So it looks as though some armies decided to invade Kiya's Egypt, to which she wasn't to happy about it. So she's gone back to attempt to convert some of their citizens instead. It also looks like shes' trying to outdo some smaller macros who were trying to do the same thing c.c

Just a "little doodle" of Kiya that got out of hand. Oh and the city's based upon Babylon.