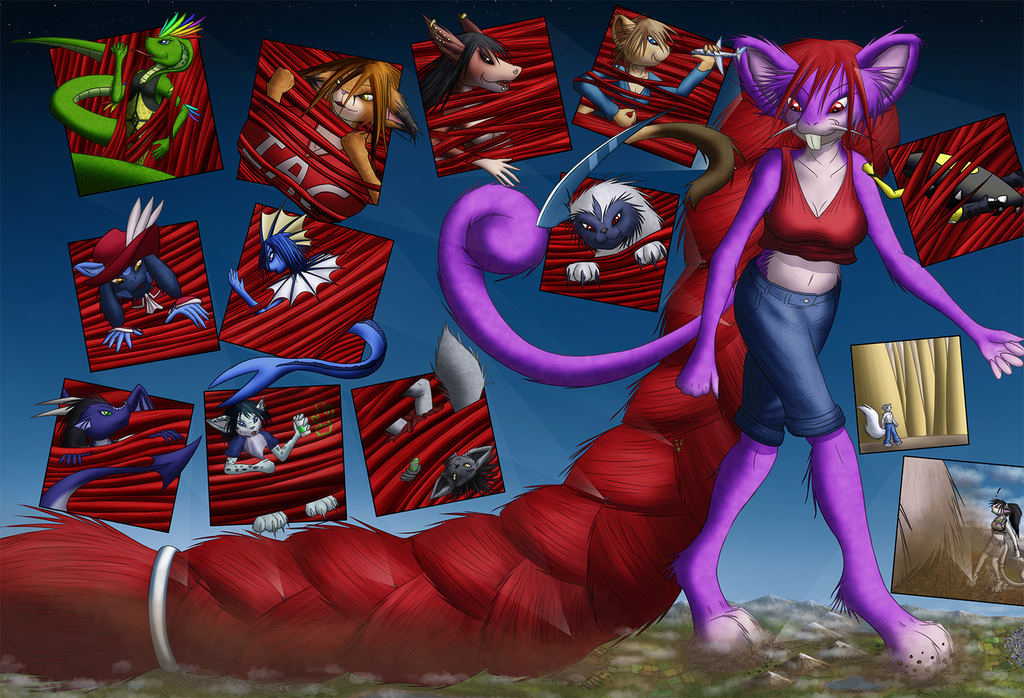 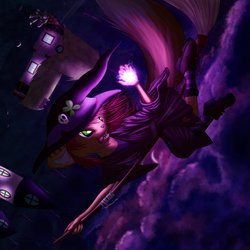 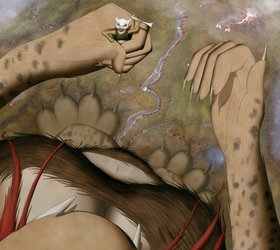 This is Pamela, VDO's Glitched Rattata. She has two unique abilities: She can temporarily evolve into any other pokemon, albeit keeping a few of her Rattata features. and whatever damage she causes when superhuge, is undone moments after causing it.

Her abilities allow her to have a little bit more fun than the average megamacro, without having to worry too much about consequences, so she's mostly just mildly inconveniencing people here. But it has to be said that it's quite amazing what you can pick up just by walking around!

I decided to colour up this old picture, as it's been something I've liked for a long time but just never got around to colouring it - and if I didn't colour it now, chances are it'd never get coloured!

Anyway, the smaller macros caught up in her hair are as follows: