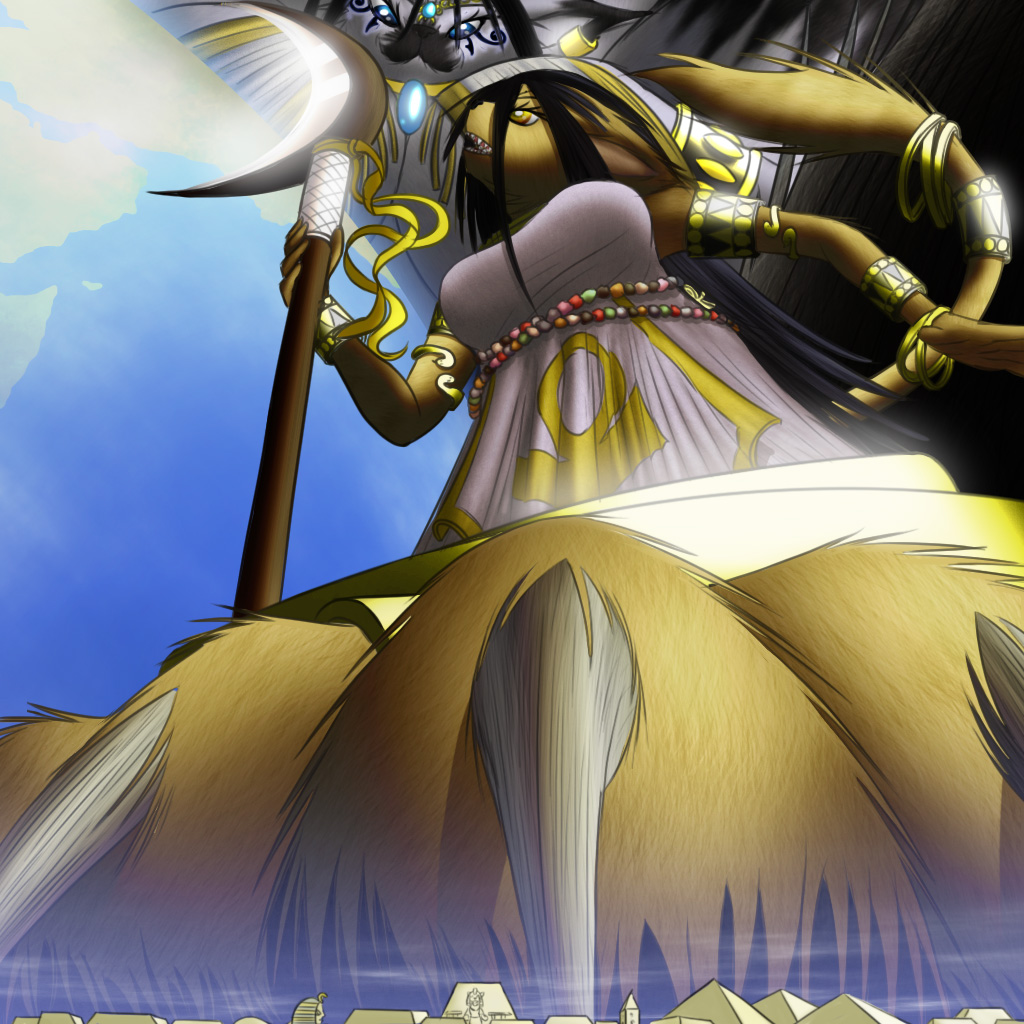 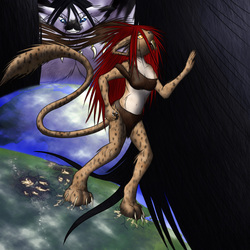 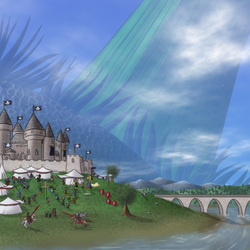 "M-My subjects, please! Slow down, slow down! I'm glad to suddenly be the focus of such incredible worship, but I can only absorb so much power before I- wh-whoa!"
The youthful goddess-empress stumbled back three steps, and shifted two, six, thirty miles in the process. What in Ra's name was happening? Her body was overflowing with divine power of a sort she had never seen before... Of a sort she'd never imagined possible! Kiya's presence was spreading over the land at a dizzying pace. Already, the smallest of her toes was so vast that it could cover the entirety of her people's kingdom!

Or, rather, my original kingdom, she corrected, as her divine powers felt out across the continent without even trying. She could feel worship coming not just from her own people, but from every soul who saw her rising on- and over- the horizon. And for every single new convert to her faith, the supreme sphinx felt herself grow so much that ten thousand new followers would see and bow down to her!

At this rate, I... I'll have outgrown the entire planet within minutes! She stepped back again, feeling the highest clouds of the planet being overshadowed by her toepads. Can this really be happening...?

It'll be just under ONE minute, actually, replied a thunderously amused presence, and if you think THIS is wild, just wait until you start getting interplanetary!

Kiya slowly turned her gaze upward to find the heavens filled with a white-and-black goddess, dressed in finery and riches so excessive, so bold, so outrageously self-important, that the only measure of restraint in her outfit was that it simply didn't have enough room for more.

Jumping forward a few thousand years into Antiquity and between a different set of toes we have a gigamacro Kiya looming over her own kingdom after a sudden growth burst. Now what could have caused that? Interestingly Kiya's quite a lot bigger than Fang was in the previous insert. Just Sunny's a lot bigger still!

Okamitsune belongs to, and short descriptive story belongs to   vdo