Riddle Me This by Stampy 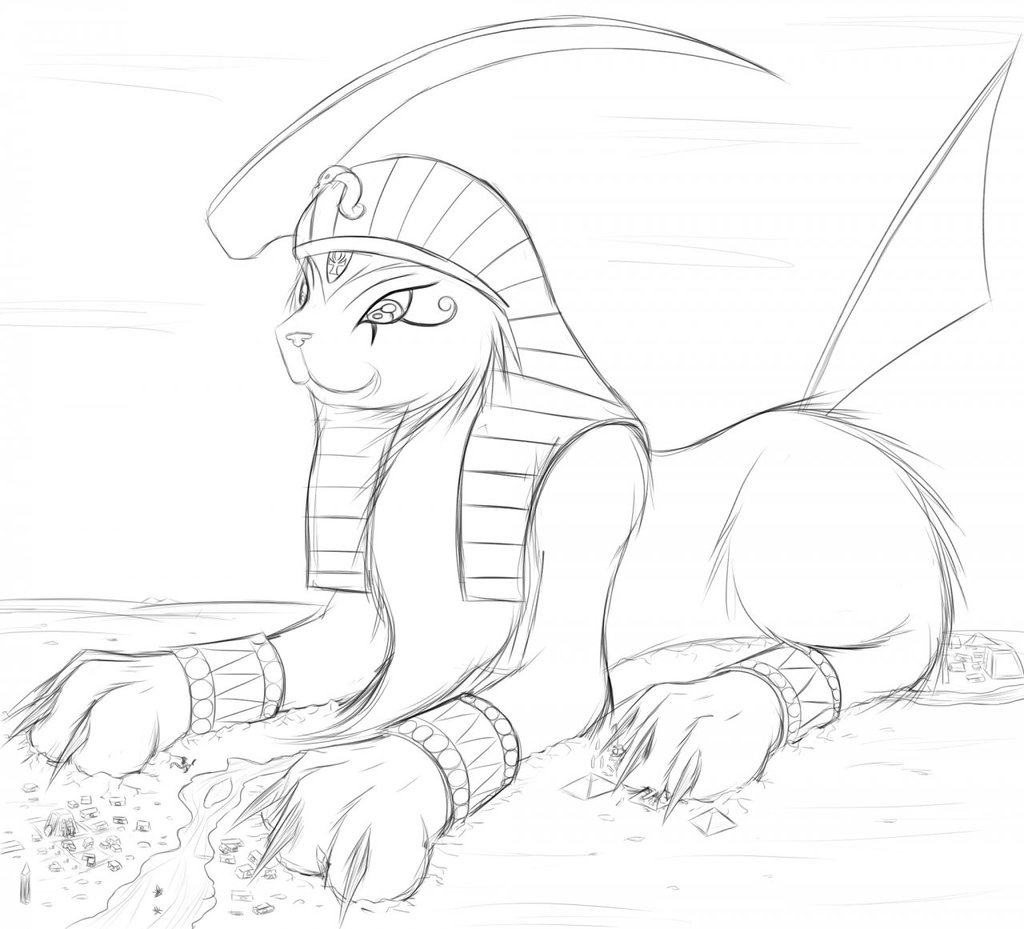 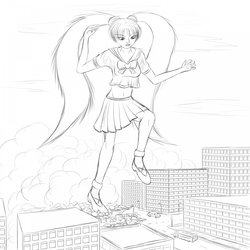 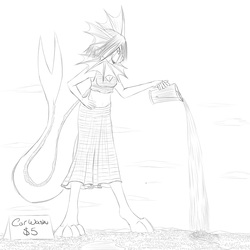 "Riddle me this, riddle my that; when I come by, what's going to be awfully flat?"

"No!" The absol looked down, an eyebrow quirked, at the anthro sphinx that had stood in his path. Compared to the structures he had just flatten by laying down, she was rather large, but still tiny compared to him. "I tell the riddles around here; and those were my temples you just crushed!"

The absol blinked a few times. "Er... sorry; don't worry about it though, I'm just going to mess around a bit, then leave and everything will get fixed." He winked one of his giant eyes. "Trust me; and anyway, I'm not going to let this get-up go to waste."

The sphinx, though not happy, could only cross her arms and fume; thanks to the massive difference in size, there simply wasn't anything else she could do. "I'm holding you to that!" Even she could tell that was a lame come back, but she wasn't going to let him get the last word in after all this.

A silly quick picture of a sphnixsol for   nmr from another request stream. The description above is written by him too.