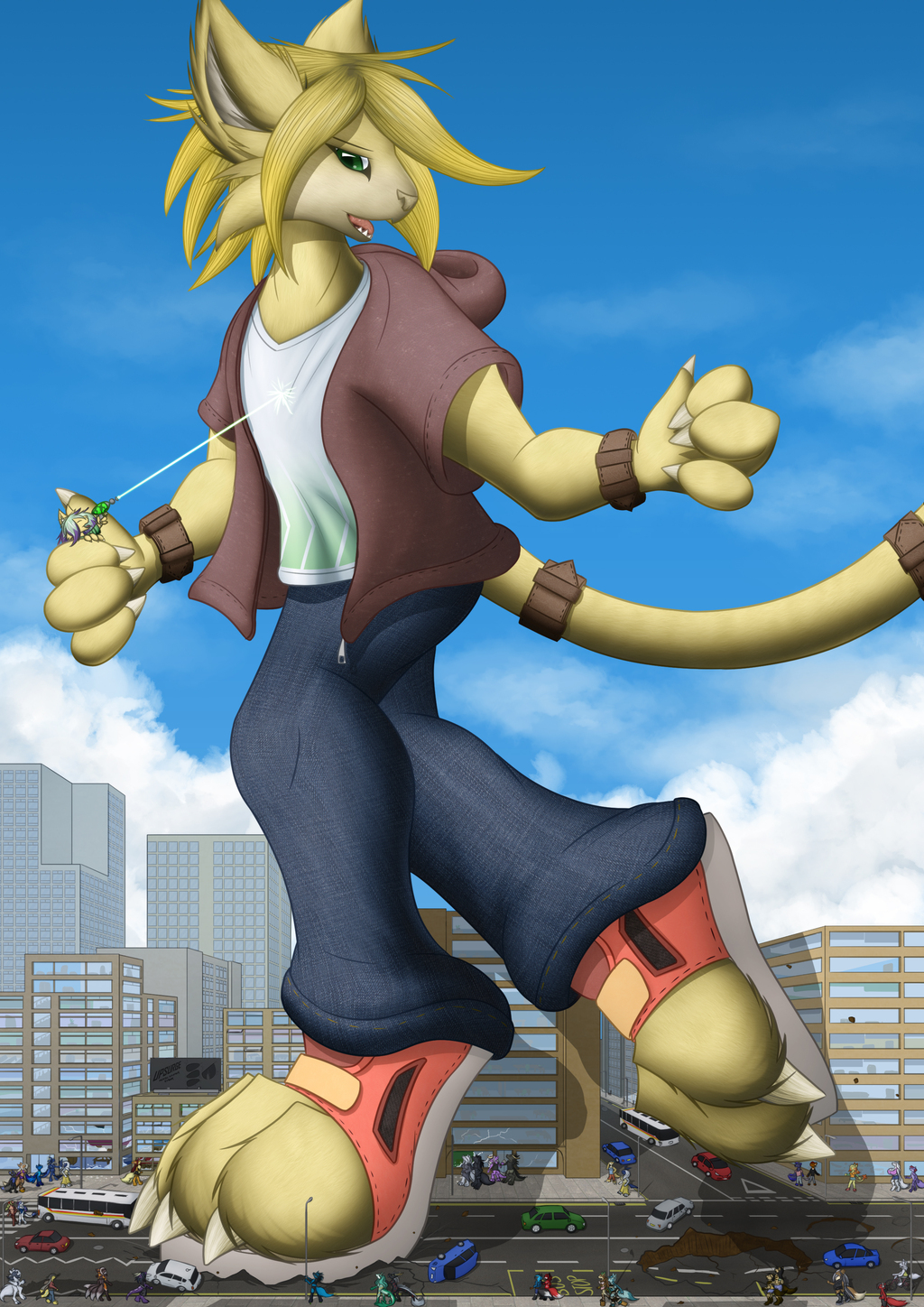 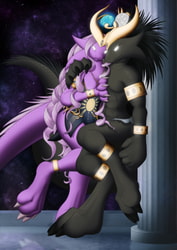 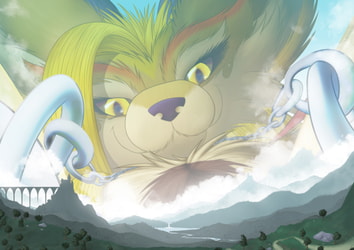 Poor Jerek must always have his work cut out for him with Viridian always around him. He probably just spent a few seconds too long perusing the game store to give Viridian a fun idea. Then 6 or 7 steps later, his paws are as wide as the road and he's still growing! At least they've saved money on the bus fare back home!

For the eagle eyed viewers amongst you, you may have noticed this picture was hidden as an Easter egg in "Outgrowing the House", Using the rather magical "Enhance" feature in Photoshop, I am now able to bring you it in it's full resolution! After all these years, Jerek is one character of Alterflane's that I've never drawn macro. I've drawn him micro and normal height a bunch of times, but never macro - so this picture is fixing that.

Jerek and Viridian belong to Alterflane

How many of the cameos do you recognise? Answers are over on this list here! https://pastebin.com/t3JnbiwZ