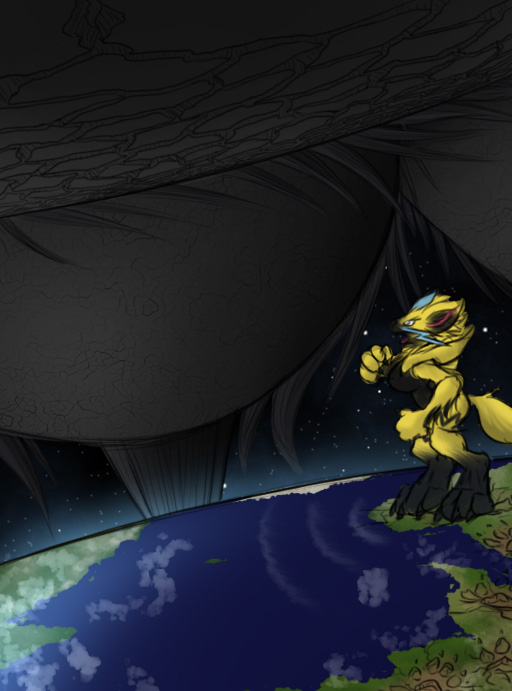 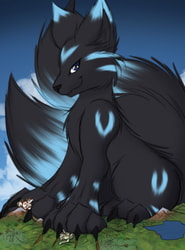 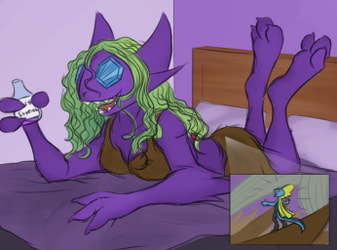 Continuing on from the last picture, here's Eclipsis giving some of his other girls a taste of their own medicine. Collossal paws that span the entire globe descending down on a teramacro Thoryza!

This is one of a large group of "Quick Coloured Sketches" I was drawing for people on Patreon last year. They're drawn at a much smaller resolution and coloured a lot more loosely than I normally would, but they're still really enjoyable to work on. Enjoy!